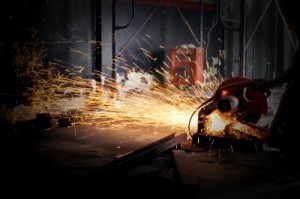 Most Philippine metal companies are choosing to delay spending on expansion until after May elections and amid sluggish global demand.

“Other local metal companies have plans but due to low metal prices, manufacturers are cautious and waiting for market movement after lunar (new year) holidays and the Philippine election,” he said.

“The Philippine ports cannot handle the big cargoes. So instead of having good flow of goods, it is scheduling the berthing of big vessels, causing too much delay… Currently, we still have big bottlenecks and the delays are still reaching two to three months,” he added.

Chan stressed that exports are also expected to contract this year due to sluggish global demand.
“I think this is going to be a challenging year because most of the export markets have difficulties in terms of growth projections,” he said.

“Europe is bad, America is conditional, Japan has government initiatives and China had doubtful growth potentials, so cautious export trend will most likely prevail. In the second half, (we) will see the US (United States) government intervention from current administration’s window dressing and last hurrah,” he added.

Chan, however, expects promising growth outlook for the domestic metal sector this year, bolstered by the projected more than 10% growth for the automotive sector.

“Because of the EO (Executive Order) 182 where government is giving incentives to local car assemblers, most of the car assemblers will either ramp up their production. Part of it I think may find its way to the export market to gain economies of scale in production,” he said. – Philexport News and Features

Image courtesy of bigjom at FreeDigitalPhotos.net

The Philippines and Indonesia are set to sign a memorandum of understanding (MOU) on Halal cooperation that will facilitate trade of Halal-certified goods...
Read more
Customs & Trade

PortCalls AsiaNews provider for the cargo shipping and logistics industries

Newspaper is your news, entertainment, music fashion website. We provide you with the latest breaking news and videos straight from the entertainment industry.