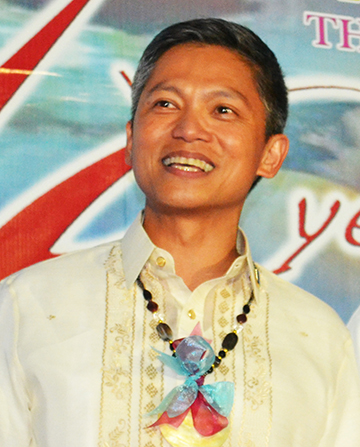 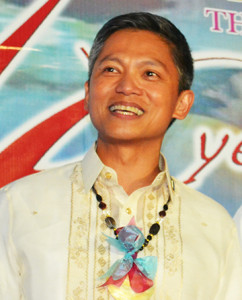 In a chance interview with PortCalls, Association of International Shipping Lines president Patrick Ronas said he wants Mejia to bag the position.

“I hope he gets it,” Ronas said. He added that “although we’re in the map already” considering the country’s capable and industrious seafarers, it will be “an honor for the country.”

Mejia is one of six maritime officials battling for the highest position at the IMO. The other five are Cyprus’ acting director of the Department of Merchant Shipping, Andreas Chrysostomou; Danish Maritime Authority director-general Andreas Nordseth; Russia’s deputy director of the Department of State Policy for Maritime and River Transport Vitaly Klyuev; South Korea’s Ki-Tack Lim, president of the Port of Busan Authority; and Kenya’s IMO representative Juvenal Shiundu.

IMO is the United Nations’ specialized agency and standard-setting authority on safety and security in shipping and prevention of maritime pollution by ships. Its current secretary-general, Koji Sekimizu, will end his four-year term on December 2015.

In an email to PortCalls, Philippine Inter-island Shipping Association (PISA) president Roberto Umali said that “being chosen to take the position of IMO Secretary General offers the Philippines a unique opportunity to ‎influence maritime standards internationally.”

“It will further elevate the Philippines’ standing as a maritime nation,” Umali noted, adding that the country has “nothing to lose and everything to gain in this campaign.”

The Philippines, Umali said, is a very important maritime country, and maritime affairs are extremely important to the country.

“And‎ the election of a Filipino as IMO Secretary-General will bring honor to our nation, our government, our people, and our shipping community,” Umali, who is also president of domestic carrier Lorenzo Shipping Corp, said.

The Philippines is the world’s most important source of seafarers, with Filipinos comprising 30% of international pool of seafarers.

“Almost all flag states are dependent on Filipino seafarers. Moreover, the Philippines is held in high regard even by its competitor seafaring states,” Umali said.

If Mejia is elected to the position, it “will emphasize the importance given by the Philippines to the work being undertaken by IMO in the fields of maritime safety, security, and environmental protection,” he continued.

“It will likewise recognize the commitment of the Philippines to the implementation and enforcement of various maritime conventions that the Philippines had ratified under the auspices of the IMO, special mention being given to the 2010 STCW Convention Manila Amendments.”

“And with his impressive credentials, we know that Administrator Mejia is a strong contender for the post,” Umali noted.

The 40 member-states of the IMO Council will start voting on June 29. – Roumina Pablo