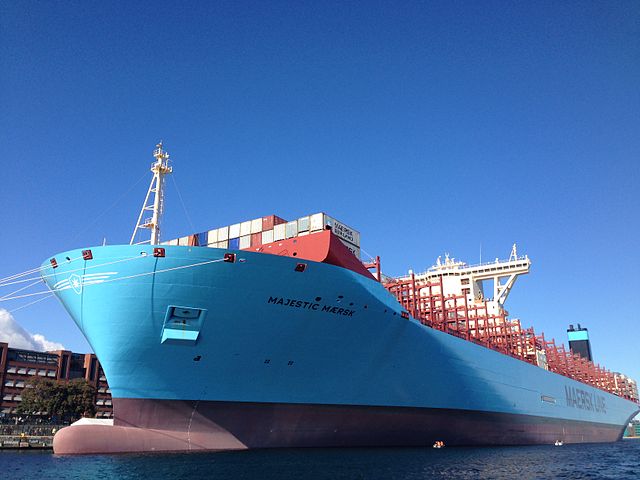 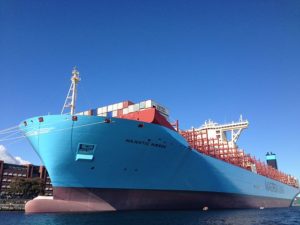 The rapid growth of the mega boxship fleet is one of the key factors driving trends in boxship “cascading” on global trade lanes, according to a new analysis by Clarksons.

At the beginning of May the mega containership fleet in the capacity range of at least 15,000 twenty-foot equivalent units stood at 76 ships of 1.4 million TEUs, up 29% year-on-year in TEU terms.

Ultra-large containerships are deployed solely on the Asia-Europe route and represented 36% of capacity on the route at the start of May, up from 27% a year earlier, said the report.

This growth “has caused ‘cascading’ of smaller (but still relatively large) containerships off this trade,” it added.

On the trans-Pacific, the rising proportion of vessels in the 8,000- to 12,000-TEU capacity range is owed in part to these boxships’ displacement from the Far East-Europe route and new deployment opportunities on Asia-U.S. East Coast routes via the newly expanded locks at the Panama Canal.

From around mid-2016, the cascade of larger units onto trans-Pacific routes has also been supported by firm trade growth. Enhancements to U.S. East Coast port capability to handle larger Neo-Panamax units have been ongoing, supporting cascading of larger ships into the Far East-U.S. East Coast route, now including ships of 12,000+ TEUs, said Clarksons.

Further deployment opportunities for ships in these sectors on North-South routes have been limited by weak trade growth. However, with the relative improvement in commodity prices, trade growth is expected to improve gradually on North-South routes in 2017, potentially providing more opportunities for the “cascading” in of larger units, said the report.

On the deployment of vessels with capacity of 3,000 TEUs and higher on intra-regional routes, the trend has remained relatively steady at 30%, even as intra-Asian trade recorded robust growth throughout 2016 and the first quarter of 2017.

Although there remain some additional opportunities for larger vessels on these routes, these appear to be diminishing over time due to port capability limitations, said the report.