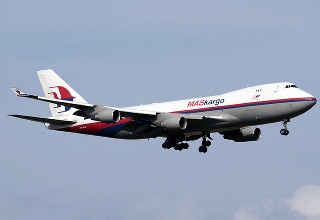 MASkargo, the air cargo subsidiary of Malaysia Airlines, has received the first of four A330-200F freighters that are expected to increase its freight capacity in 2012 by about 25 percent.

“The introduction of this mid-size fuel-efficient airplane allows us to grow our business in an efficient and cost-effective manner,” said Shahari Sulaiman, managing director, during the freighter’s turnover on September 15, 2011 in Toulouse, France.

The A330-200F is the world’s most modern mid-size freighter, with a maximum payload of 70 tonnes and a range of 4,000 nautical miles, said MASkargo.

The first flight departed from Toulouse to Amsterdam on the same day to pick up 57 tons of cargo onward to Kuala Lumpur. The A330 freighter has scheduled flights into Narita, Jakarta, Hong Kong, Shanghai, Amsterdam, Sharjah, and Penang.

This is the first time MASkargo purchased airplanes directly, the company said. The remaining three airplanes are for delivery in November 2011, January 2012, and April 2012.

The four A330 freighters will complement the two 747-400F freighters in the existing fleet. “The advantage of the A330 freighters allows us to develop new trade lanes between Asia, Europe and Australia which may not be viable using a bigger capacity aircraft,” Sulaiman said.

When the leased 747-200F classic freighters are phased out by year-end, MASkargo said it will have one of the youngest freighter fleets in the world, affording it improved reliability, expanded capacity, wider network, and reduced carbon footprint.