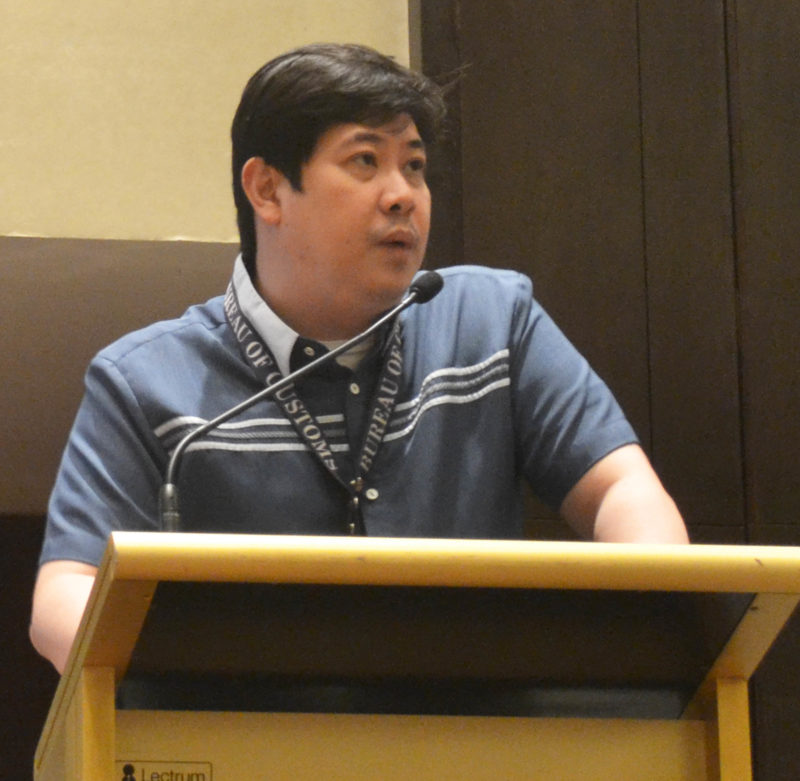 Second update on April 5 at 9:11pm to include statements of Senator Francis Pangilinan and Commissioner Isidro Lapeña on Maronilla’s appointment.

An earlier update (1:12pm on April 5) reflected this change: “Maronilla’s assistant commissioner position has the same salary grade (article previously used the word rank) as a deputy commissioner based on Executive Order (EO) No. 46 series of 2017.”

Maronilla, whose appointment paper was signed by President Rodrigo Duterte on April 3, replaces Ariel Nepomuceno, who resigned last month to pursue other interests.

Prior to his new appointment, Maronilla was district collector of Ninoy Aquino International Airport and, before that, of the Manila International Container Port (MICP). He was also officer-in-charge of Import Assessment Service at BOC’s Assessment and Operations Coordinating Group.

Maronilla’s assistant commissioner position has the same salary grade as a deputy commissioner based on Executive Order (EO) No. 46 series of 2017.

Maronilla will exercise direct supervision and control over the management of operating units of PCAG, which include the Trade Information and Risk Analysis Office and Compliance Assessment Office.

While MICP district collector, Maronilla was implicated in the P6.4-billion shabu shipment that slipped through BOC. He has denied the charge.

Maronilla was also included in a list of alleged corrupt customs officials prepared by Senator Panfilo Lacson last year. Maronilla has denied the allegation. In September, Lapeña noted his “no tara (no bribery)” policy was followed by Maronilla.

The new PCAG chief’s appointment has been met with protest from some sectors.

Senator Francis Pangilinan, in a statement on April 5, said the “appointment of another official tainted with corruption scandal puts to doubt anew the administration’s seriousness in initiating reforms at the Bureau of Customs.”

“The allegations against Vincent Philip Maronilla linking him to the smuggling of the P6.4 billion worth of shabu when he was Manila International Container Port district collector should not have been just swept under the rug by the DOJ (Department of Justice) and should have been thoroughly investigated,” Pangilinan said.

In a press conference on April 5, Lapeña said Maronilla’s appointment is a “presidential prerogative.”

“I know there is wisdom behind that because it’s the President who decided it that way. I will always support the action of the president…”

Lapeña expects Maronilla “to deliver results that are expected of his group, the PCAG.”

He pointed out that while Maronilla did not hit his revenue target while NAIA district collector which prompted his transfer to the Customs Monitoring Unit, “in his time (at NAIA in January and February) he performed well.” Compared with February 2017, NAIA’s revenue collection in February 2018 was higher.