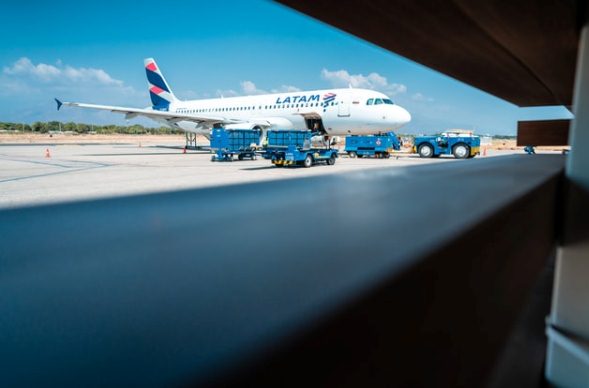 Global air cargo demand reached a record high in March 2021, up 4.4% compared to pre-COVID levels in March 2019, according to the latest data from the International Air Transport Association (IATA).

March demand reached the highest level recorded since the series began in 1990, said IATA. Month-on-month demand also increased with volumes up 0.4% in March over February 2021 levels. This was a slower rate of growth than the previous month, which saw demand increase 9.2% compared to February 2019. A weaker performance by Asia-Pacific and African carriers compared to February contributed to softer growth in March.

Global capacity continued to recover in March, up 5.6% compared to the previous month. Despite this, capacity remains 11.7% below pre-COVID-19 levels (March 2019) due to the ongoing grounding of passenger aircraft. Airlines continue to use dedicated freighters to plug the lack of available belly capacity.

International capacity from dedicated freighters rose 20.6% in March 2021 compared to the same month in 2019 and belly-cargo capacity of passenger aircraft dropped by 38.4%.

This is evidenced by new export orders component of the manufacturing Purchasing Managers’ Index (PMI), which stood at 53.4 in March, above the 50 neutral reading to indicate manufacturing growth versus the prior month.

Demand for exports grew broadly in March compared to a concentrated growth in developed countries during January and February.

“Air cargo continues to be the bright spot for aviation. Demand reached an all-time high in March, up 4.4% compared to pre-COVID levels (March, 2019). And airlines are taking all measures to find the needed capacity,” said Willie Walsh, IATA’s director general.

“The crisis has shown that air cargo can meet fundamental challenges by adopting innovations quickly. That is how it is meeting growing demand even as much of the passenger fleet remains grounded. The sector needs to retain this momentum post-crisis to drive the sector’s long-term efficiency with digitalization,” he added.

For Asia-Pacific airlines, demand for international air cargo dropped 0.3% in March 2021 compared to the same month in 2019. The slight weakness in performance compared to the previous month was seen on most of the trade lanes connected with Asia. International capacity remained constrained in the region, down 20.7% versus March 2019. The region’s airlines reported the highest international load factor at 78.4%.

Photo by Josue Aguazia on Unsplash