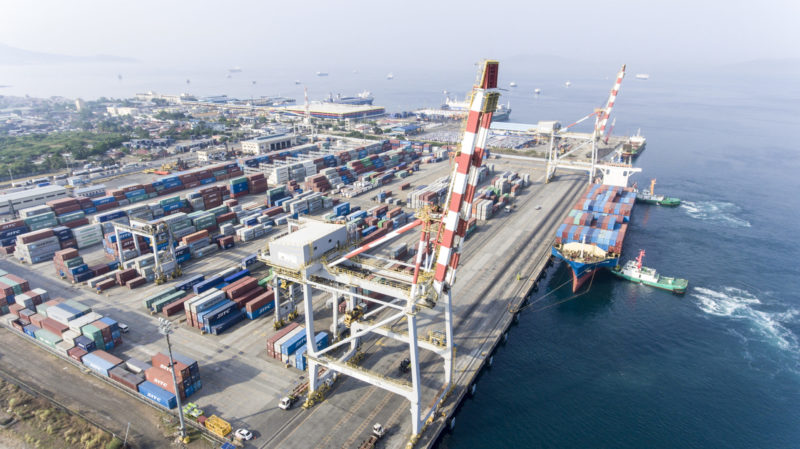 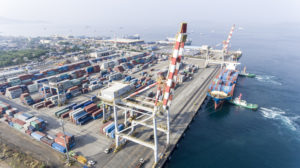 A week after the Lenten break, berth and yard operations at Manila South Harbor have remained steady, with yard utilization at an optimum level of around 70%, ATI said in a statement on April 22.

In BCT, yard utilization remained its usual 50%, with manufacturers and industrial locators, mostly based in CALABARZON (Cavite, Laguna, Batangas, Rizal and Quezon), pulling out cargoes in a regular and timely manner.

In an online update on April 22, however, Bureau of Customs (BOC) assistant commissioner and spokesperson Atty. Vincent Philip Maronilla said utilization at Manila South Harbor as of April 21 was 83%, higher than the ideal level of around 70-75%. Maronilla noted “this is no case nearing a congestion issue” but asked stakeholders, especially those with overstaying and reefer containers, to withdraw their shipments.

He added that BOC-Port of Manila will have “a very extensive disposal” of abandoned containers and shipments due for disposition to free up space at Manila South Harbor.

ATI attributed its optimum level of operations mainly to the implementation of Joint Administrative Order (JAO) No. 20-01, signed in April 2 by the Department of Trade and Industry, Department of Finance, Bureau of Customs, and Philippine Ports Authority, and established stringent guidelines for the expedient and unhampered flow of cargoes from the terminals during the enhanced community quarantine (ECQ) period.

ATI said the JAO “has pre-empted possible logistics bottlenecks during the ECQ with containers, particularly refrigerated vans, being pulled out slower than usual by cargo owners.”

Pursuant to JAO 20-01, overstaying cargoes are being transferred to offsite container yards to free-up space at Manila international terminals.

“We are grateful to PPA, BOC, DTI and DOF as well as the Interagency Task Force for setting the right policy at the onset of the ECQ. Government’s early intervention was critical to ensure that terminal operations remain unimpeded, so that the flow of food, raw materials, medicines, health equipment and other essentials remain unhampered, especially during this time of national emergency,” ATI executive vice president William Khoury said.

“We also thank our dockworkers, our valued customers and other stakeholders for their support and for coming together to ensure that our ports remain upbeat at this critical juncture,” Khoury added.

While the situation has remained stable, the terminal operator underscored that the ports and logistics community should not let up on the positive gains, but rather keep up the pace in inducing cargo movement.

Consignees are reminded to pull out containers from the terminal at the soonest possible time while other players such as private warehouses are encouraged to step up operations as important linkages in the logistics cycle.