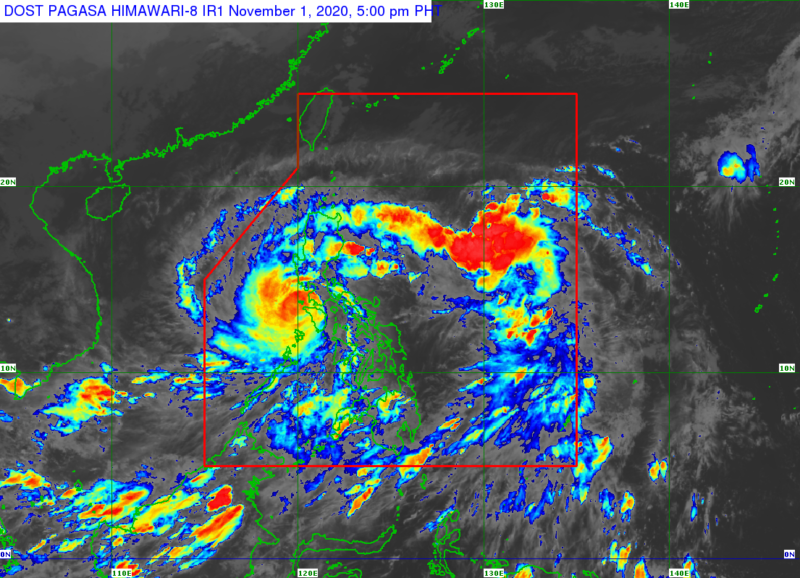 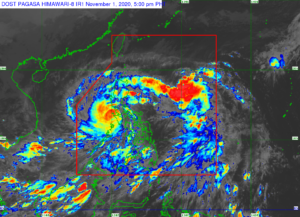 As of 1pm, vessel, yard and gate operations have been suspended at Manila South Harbor while vessel and yard operations were halted in Manila International Container Terminal, the Philippine Ports Authority (PPA) said in an advisory.

Crew change at the Manila South Harbor one-stop-shop was suspended until the storm signal is lifted.

Operations and passenger vessel trips in Pasig were cancelled with no stranded passengers.

A no sail policy for all types of ships, including fishing vessels, had earlier been enforced in areas where Tropical Cyclone Wind Signals were raised.

Vessels in these areas were advised to take shelter, while ports and other maritime infrastructure, including their equipment, had to be secured.

PPA and Cebu Port Authority have ordered all port management offices to closely monitor weather bulletins of the Philippine Atmospheric, Geophysical and Astronomical Services Administration (PAGASA) and to disseminate guidelines and operating procedures in ports to ensure the safety of vessels, port facilities, port users and port operators.

Also, vessel operators in areas affected by typhoon Rolly were advised to shelter their vessels, secure port equipment and infrastructure, and ensure a sufficient number of crew is on standby depending on the TCWS raised. Port managers were ordered to maintain contact with PAGASA and PCG every four hours.

Harbor masters were directed to coordinate with vessels at the ports, while port managers must make sure stranded passengers are provided with the basic necessities and are accommodated in public and private ports.

The Maritime Industry Authority (MARINA) has ordered domestic shipowners, bareboat charterers, motor banca operators and ship operators to comply with the no sail policy issued in the affected areas.

In compliance with the no sail policy, big and small watercraft should not sail during the announcement of weather disturbance signals in their areas of operation.

MARINA has also ordered officers and crew members to be on alert and actively monitor abrupt changes in weather conditions as areas considered sheltered may quickly become exposed during harsh weather conditions.

Once NAIA reopens on November 2, priority will be given to scheduled flights on the same day.

Flights affected by the 24-hour closure will be slotted in a way that would cause minimal delay to the passengers’ travel plans.

All passengers with scheduled flights to and from Clark International Airport from November 1 to 2, 2020 are advised to coordinate with airlines prior to proceeding to the airport for any possible flight delay or cancellation.

Typhoon Rolly, which has weakened from a super typhoon at 8am on November 1, made a third landfall in the vicinity of San Narciso, Quezon province.

As of 2pm, PAG-ASA said the center of the typhoon will continue to move over the Marinduque-Central Quezon area this afternoon towards the Batangas-Cavite area late afternoon through evening.

Typhoon Rolly is expected to exit Luzon and emerge over the West Philippine Sea tonight (Nov 1).