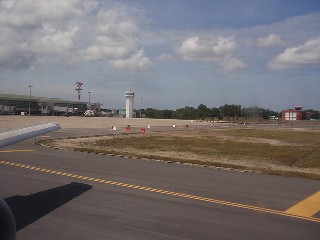 Construction of an air cargo terminal in Labuan Island off the coast of Borneo in eastern Malaysia has been given the green light by the government and is intended to meet growing airfreight traffic in the area.

The Labuan Airport serves nine direct flights a week to and from Kuala Lumpur, Singapore, and Hong Kong, and handled 10,000 tonnes in 2013.

Airfreight traffic in Labuan has been growing, and the growth is expected to accelerate over the next few years as the oil and gas industry in the area continues to expand and engage in deep drilling.

The cargo terminal, whose exact location is yet to be identified, is now in the costing stage, according to local media reports.

Meanwhile, Malaysia Airports Holdings Bhd (MAHB) reported that its earnings rose 2.1 percent to US$39.35 million for the first quarter year-over-year, but that revenue in the same period slid 24 percent to $238.78 million from the same quarter a year ago.