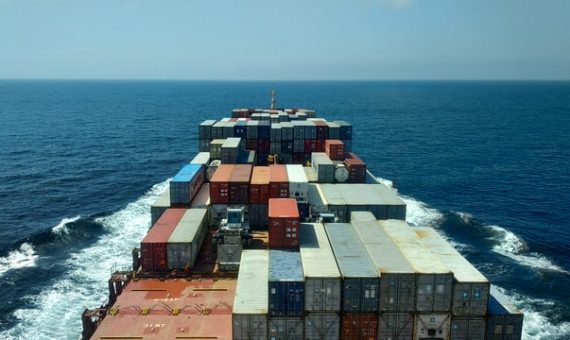 All inbound and outbound container services at a terminal in the massive Ningbo-Zhoushan port in east China’s Zhejiang Province were halted on August 11 until further notice due to what was described as a “system disruption.”

Local authorities said a dock staff member at the port tested positive for the novel coronavirus, according to a report from Xinhua News Agency.

The 34-year-old employee at the Meishan Terminal, who showed no symptoms of infection, tested positive despite being fully inoculated with two doses of the Sinovac vaccine, reported the South China Morning Post.

Operations at the Meishan Terminal have been suspended and the area has been disinfected, local authorities said.

The Ningbo-Zhoushan port ranks first in terms of cargo throughput and is the world’s third busiest container port. During the first seven months of this year, the port recorded a total cargo throughput of 718 million tonnes, up 5.6% year-on-year. Its container throughput increased more than 17% to exceed 18.68 million twenty-foot equivalent units (TEUs) in the same period.

Closing the terminal on Meishan island until further notice will cut the port’s capacity for container cargo by about a quarter, threatening more disruptions to supply chains ahead of the Christmas shopping season.

This latest disruption comes after the six-day blockage of the Suez Canal by mega ship Ever Given in March this year followed by the three-week partial closure of Yantian port in Shenzhen, China beginning late May.

It also comes as container shipping rates from China and Southeast Asia to the US East Coast have been climbing rapidly and breaking records, according to the Freightos Baltic global container freight index.

Ningbo-Zhoushan Port said in a statement on August 12 that all other terminals aside from Meishan are operating normally. The port is actively negotiating with shipping companies, directing them to other terminals, and releasing information on a real-time data platform, it said.

Container carrier Hapag-Lloyd in an emailed customer update on August 13 said that since vessels calling Meishan Terminal will be diverted to other terminals in Ningbo, “we expect congestion and delays.”

it also said the terminal has announced that the container yard open time will be reduced to two days.

The Xinhua report said that according to the Zhoushan City local government, 16 crew members of a ship stranded at the Ningbo-Zhoushan port tested positive for COVID-19 on August 10. Of these workers, 11 were later diagnosed as confirmed cases.

Earlier, on August 3, nine crew members of the ship anchored off the coast of Zhoushan reported to local authorities that they were running a fever.