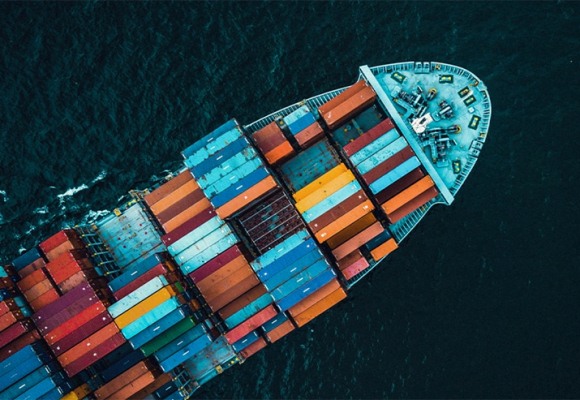 Furthermore, all future Maersk-owned newbuildings will have dual-fuel technology installed, enabling either carbon-neutral operations or operation on standard very low sulfur fuel oil (VLSFO), the company said in a statement.

Carbon neutrality is achieved when the same amount of carbon dioxide (CO2) is emitted into the atmosphere as it is removed by different means, achieving a zero balance.

A.P. Moller-Maersk said it is speeding up decarbonization—the reduction of carbon dioxide emissions through the use of low carbon power sources—with a methanol-fueled feeder vessel on the water in 2023. This is in view of advances in technology and increasing customer demand for sustainable supply chains,

“A.P. Moller-Maersk’s ambition is to lead the way in decarbonizing global logistics. Our customers expect us to help them decarbonize their global supply chains, and we are embracing the challenge, working on solving the practical, technical and safety challenges inherent in the carbon neutral fuels we need in the future,” said Soren Skou, CEO of A.P. Moller-Maersk.

“Our ambition to have a carbon neutral fleet by 2050 was a moonshot when we announced in 2018. Today we see it as a challenging, yet achievable target to reach,” he added.

Around half of Maersk’s 200 largest customers have set—or are in the process of setting—ambitious science-based or zero carbon targets for their supply chains, and the figure is on the rise, the liner carrier said.

Maersk’s methanol feeder vessel will have a capacity of around 2,000 TEUs and be deployed in one of its intra-regional networks. While the vessel will be able to operate on standard VLSFO, the plan is to operate the vessel on carbon neutral e-methanol or sustainable bio-methanol from day one.

“It will be a significant challenge to source an adequate supply of carbon neutral methanol within our timeline to pioneer this technology… We believe our aspiration to put the world’s first carbon neutral liner vessel in operation by 2023 is the best way to kick start the rapid scaling of carbon neutral fuels we will need,” said the carrier.

Both the methanol-fueled feeder vessel and the decision to install dual-fuel engines on future newbuildings are part of Maersk’s ongoing fleet replacement.

Relatedly, the Methanol Institute, which advocates the adoption of methanol as a fuel in marine and other transport modes, welcomed the plan of Maersk to operate the first carbon-neutral liner vessel by 2023.

Chris Chatterton, chief operating officer of the Methanol Institute, said: “Maersk is once again showing industry leadership in adopting renewable Methanol as a key plank in its strategy towards carbon neutrality. Methanol is proven as a clean, efficient and safe marine fuel that offers immediate decarbonization benefits to vessel operators with substantial net GHG reductions, full compliance with IMO2020 and a pathway that leads to net carbon neutrality as production of renewable Methanol grows.”

Annual e-commerce growth will remain positive in the coming years but is expected to moderate as bricks-and-mortar retailers reopen Worldwide e-commerce only sales...
Read more