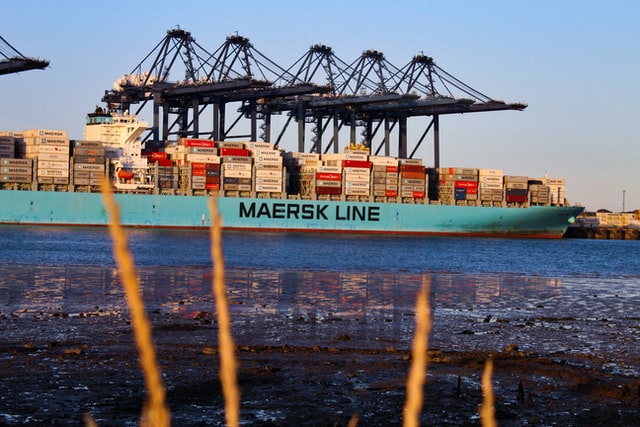 Container shipping giant Maersk said 2022 has not gotten off to a good start, noting that significant 2021 disruptions and bottlenecks in global supply chains look set to continue.

“Unfortunately, 2022 has not started off as we had hoped. The pandemic is still going strong and unfortunately, we are seeing new outbreaks impacting our ability to move your cargo. General sickness remains high as key ports in key regions are seeing new COVID-19 peaks,” Maersk said in a January 11 advisory.

“We regret the impact this has on your global supply chains and we do foresee the strain to continue for some time still,” it added.

The situation is particularly challenging at several hub ports and gateway terminals, it said, as it identified some of the European and American ports with either critical or challenging situations.

“While the numbers are far from optimal, we are pleased to see areas of developments. The Port of Antwerp had up to ten days wait last week and this week the numbers could be down to two days,” Maersk said.

In North America, yard density runs from 75% (Oakland port) to 113% (Prince Rupert), with waiting time days ranging from six days for Oakland to up to 28 days for the port of Los Angeles and between 38 and 45 days for Long Beach.

In Asia, Maersk said the district of Beilun in the Chinese coastal city of Ningbo, a key passage for world trade, is also experiencing a COVID-19 outbreak.

Of the five container terminals in Ningbo, three terminals are located near the epidemic area but are so far operating with no positive cases reported. Vessel calls and departures are running normally, as are loading and discharge activities. Container gate-in and gate-out activities are now also back to normal with a combined yard density of around 75%.

However, trucking services in Jinhua Yongkang in Beilun and the area outside the Zhejiang province remain suspended.

To alleviate the volatile situation at key regional gateways, Maersk said it is taking steps that “could include slowing down the sea transit for minimal queuing, opening substitute container depots or moving more cargo via alternative modes.”

Photo by william on Unsplash