Maersk seeking solutions to US exporters’ complaints of box shortages 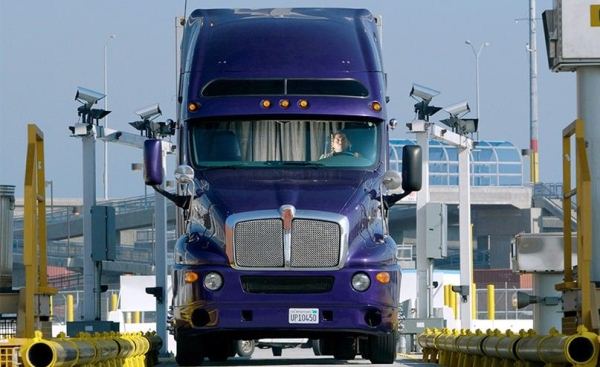 Global shipping and logistics company Maersk said it is “taking steps to address the concerns of the US export community and the trucking industry feeling the impact during this already difficult time” of supply chain bottlenecks at major US ports.

In a written statement on December 30, Maersk said it is taking very seriously the current situation of intermodal equipment flow imbalances resulting from surging US importation of goods, and working toward finding solutions.

“Every component of Maersk’s integrated global logistics business model is working across the entire logistics spectrum to respond with solutions involving all supply chain participants,” it assured.

The Danish shipping giant is responding to complaints from US exporters and the US Federal Maritime Commission (FMC) that foreign carriers are rejecting US exports in favor of sending back empty containers to be filled with Chinese goods.

This trend developed shortly after Chinese transport authorities reportedly met with major carriers and demanded they curb rates as well as reinstate some canceled sailings.

The FMC, the US agency that regulates ocean commerce, last month wrote to the World Shipping Council over “our growing concern about reports that ocean carriers are refusing the carriage of U.S. exports.”

“While we understand the current surge of import cargoes into the United States has stretched our supply chain’s capacity to handle cargo in certain seaports, it is of great concern, if true, that focus on the delivery of surge import cargoes works to the detriment of U.S. exporters,” the letter written by Commissioners Carl Bentzel and Daniel Maffei said.

Maersk said US import demand spiked during the COVID-19 pandemic due to changing consumer spending patterns, a situation that has led to the limited availability of empty containers in the US.

Maersk added that it is working with the FMC, the Agriculture Transportation Coalition (AgTC) and trucking associations like the Harbor Trucking Association (HTA) on the US West Coast, and the Association of Bi-State Motor Carriers on the US East Coast “to find new and better ways to serve their needs.”

“As the global integrator of container logistics, we are confident we can find workable solutions that will alleviate supply chain pain points,” said Soren Skou, CEO of Maersk.

Maersk said it has met virtually with AgTC, and Maersk’s head of North America Trade, Franck DeDenis, made a broadcast presentation to the agricultural trade group’s members during their virtual midyear meeting on December 8.

Additionally, FMC chairman Michael Khouri has discussed the particular challenges facing the US export community with Skou, and Maersk said it “remains committed to taking actions it can to improve conditions for all supply chain participants.”

“We are working closely with the Agriculture Transportation Coalition and local trucking associations to address their concerns of equipment availability and detention and demurrage issues—with more intensive meetings planned in the months ahead,” Maersk said.

Surging import cargoes have also been causing challenges for local truckers in major ports such as Los Angeles/Long Beach. On this, Maersk is in daily contact with Weston LaBar, the president of the Long Beach, California-based HTA.

APM Terminals Pier 400 Los Angeles is the largest privately operated container terminal in the Los Angeles/Long Beach port and in North America. As such, it plays a pivotal role in the daily flow of cargo with the trucking community.

Working with Labar, the terminal is focused on dual transactions, which enable a trucker to return an empty container and pick up an import container for local delivery in the same trip, said Maersk.

About 65% of Pier 400’s gate transactions are dual transactions—and the goal is to increase this, enabling higher productivity trips for harbor truckers. Pier 400 has also offered late night, Friday gates and Saturday gates based on customer and trucker needs during the peak season, Maersk added.