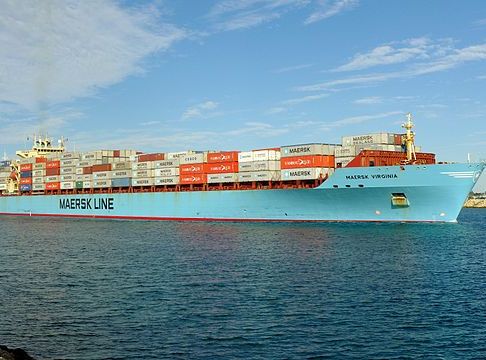 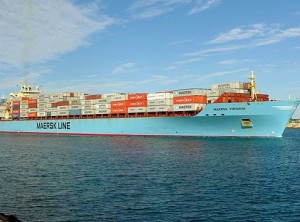 The downgrade by Maersk Line of its 2015 profit expectations indicates that even the world’s biggest container liner is not immune from the impact of the industry downturn and points to the urgent need to manage capacity in the sector, according to Drewry Maritime Research.

On October 23, the A.P. Moller-Maersk Group announced it was lowering its 2015 profit expectation due to a worse-than-expected performance from Maersk Line. The Danish group said that deteriorating conditions in the container sector from the latter part of the quarter and October, and with no expectation of a recovery before the year’s end, forced it to downgrade its guidance.

Nils S. Andersen, A.P. Moller-Maersk group CEO, had said that they’d had to adjust their expectations for the year’s result because “the current deterioration in the container shipping market is impacting also our business.”

In recent years Maersk has weathered dips in the market far better than others, routinely outperforming its peers in the financial stakes, said Drewry. The Danish carrier’s superior economies of scale have helped it to surpass its peers in operating margins in 24 of the last 26 quarters.

“But now it feels compelled to say that it too is not immune to the worsening general conditions, which could be interpreted as passing the blame, but nonetheless should serve as the wake-up call for the industry to get its house in order,” Drewry added.

“This is a critical point. The company is not saying that Maersk Line will lose money this year, but that its profits will be seriously diminished,” said the maritime consultancy.

While carriers have so far been able to stay in the black despite rapidly decreasing freight rates because of more stringent cost-cutting measures, the sharp pricing decline seen recently “will exceed any cost savings and tip many carriers towards the red zone, some quicker than others,” it continued.

It pointed to Chinese carriers Cosco and China Shipping Container Lines as already having reported net losses for the third quarter.

Maersk Line’s average freight rate for the third quarter 2015 slipped by 19% year-on-year, the largest such decline in at least five years. It was a similar story for Orient Overseas Container Line (OOCL), the first carrier to publish rate information for the third quarter, which saw its average revenue per TEU carried fall by 14% year-over-year.

Maersk’s latest rate slide followed a 14% year-over-year drop in the second quarter, which was very nearly matched by a fall in unit costs.

Said Drewry: “For both Maersk and OOCL rates are now very close to the nadir witnessed in 2009 when a cash-drain forced lines to lay up vessels on a big scale that contributed to the recovery in 2010.”

It said the difference between 2009 and now is that the cost pressures are working in carriers’ favor and fuel prices have remained relatively constant. However, the idle fleet is rising fast—including one of Maersk’s Triple-E 18,000 TEU units—as carriers realize that drastic action is required to jolt rates upwards during the slack season.

“Maersk’s downgrade and idling of flagships is a stark reality check for an industry teetering on the edge of a return to heavy losses that has thus far only been avoided because of low fuel costs, and could be the trigger for action that is required to stop the rot,” said Drewry.

“Maersk Line has a long history of leading the container market—from ordering the biggest ships to setting standards for service reliability—so it is good news for the industry that it has decided to try and restore ailing profits by laying up large ships as there is a very high likelihood that others will follow.”