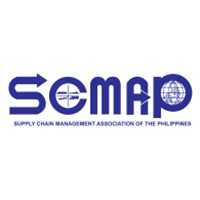 My girlfriend is dreading her return to the office.

She works at Bonifacio Global City. In the old times—funny how we can put it that way now—she would take the bus from our flat here in Mandaluyong, get off at Estrella, and walk the short distance to her office. Of course, she can’t quite do that now, thanks to social distancing guidelines and restrictions on public transport, notably the drastic reduction in the number of buses and bus stops along EDSA.

As a frequent user of public transport, she very much wishes for a much better system. The EDSA Busway, which was hastily rolled out during the early months of community quarantine in Metro Manila, doesn’t quite do it. Ideally that should have bus stops corresponding to every MRT station. However, our condominium is halfway between two MRT stations that have no corresponding bus stops. If she is to ride the bus to work, she would have to walk twenty minutes to the nearest bus stop. She could go to the Ortigas station, but that would be counterintuitive, since she’d travelling in the opposite direction. She could go to the Guadalupe station, but that would also be counterintuitive, since from there she could just take a tricycle straight to her office. It’s going to be a long journey either way.

“The most viable options for me,” she said, “is to use Grab, or walk, or get a car.” We did our calculations. Using Grab both ways, five times a week, would cost roughly PHP2,500 a week. Getting a car, well, has its own costs. Walking should be fine, but Metro Manila often feels like it’s designed to discourage walking.

“How about carpooling?” I asked.

“It’s cheaper,” she answered, “but apparently it’s not allowed these days.”

This would be a minor quibble in the early months of community quarantine, when virtually everyone was compelled to work from home. But eleven months in, all indications point towards resuming most economic activity as soon as possible, after consecutive declines in gross domestic product and continued cutbacks in consumption. (Just last week we learned our economy shrank by a further 8.3% in the final quarter of 2020. It’s the Philippines’ worst recession since the end of World War II.)

But the continuing restrictions on movement, whether directly or indirectly, means our economic activity cannot reach its full potential—and it’s a gap that’s not easily filled by e-commerce, what with other factors, like looming job insecurity and continuing unease over the coronavirus, still at play.

Government spending is still critical in providing a lifeline to a stagnating (or free-falling, depending on how pessimistic you are) economy. Its decision to put on hold work on its major infrastructure projects, in the name of social distancing, now looks short-sighted in retrospect. Its resumption has gone some way to contributing to economic recovery, although not by much, considering the public sector only contributes just over 20% to the country’s GDP.

The government’s duty to enable economic activity is now more important than ever, and one way it can fulfill this is to invest smartly in the movement of people and goods.

This goes beyond flagship infrastructure projects like the recently launched Skyway Stage 3. While these initiatives work on a macro scale, shortening travel times between provinces and decongesting Metro Manila, the government should also consider the transportation habits of most Filipinos, which is of a much smaller scale. For most of us, it’s all about going to work and back, going to the mall and back, and perhaps visiting our family and friends whenever we’re allowed to.

Of course, it’s a challenge nowadays. While the newly adopted National Transport Policy mandates an emphasis on mass transport, pandemic restrictions mean these modes are operating at only half the capacity, if not less. Right now one can say traffic is better, but that’s because not everybody is back to working in their offices (and some companies are likely toying with making alternative work arrangements more permanent, because it works). Is decongestion the only end goal? Shouldn’t that be in service to a greater goal, which is ease of movement? What’s the point of shorter travel times on EDSA if many can’t get from point A to point B in an optimal time and at optimal cost?

A handful of infrastructure projects isn’t going to solve all of these issues, although it will go some way. The government knows it has the opportunity to rethink and rebuild the way we move around—but that also takes sound policies, small-scale infrastructure (think sidewalks and jeepney stops) and proper enforcement.

Frankly, between the National Transport Policy, the PUV Modernization Program and other initiatives, we have the building blocks to make things better. But the government still has this almost year-long pandemic to fully get a grip of, and a tendency to think in the short term rather than the longterm. Indeed, this will be a long journey.

Supply Chain Essentials: Registration is now open for our new series of webinars covering fundamental supply chain concepts, guided by supply chain professionals with real expertise. The first series kicks off on February 19 and runs every Friday until March 26. Learn more and sign up by visiting scmap.org.

It’s probably too early to tell, but there are indications that the rollout of COVID-19 vaccines in countries is having a significant impact in...
Read more
SCMAP Perspective

Invest in the Logistics

The issue of rising meat prices is a complex one that strikes deep in the hearts—and bellies and wallets—of ordinary Filipinos.   There are many facets...
Read more
SCMAP Perspective

With COVID-19 vaccines top of mind in recent weeks, I couldn’t help but think of the potential considerations our national and local governments have...
Read more