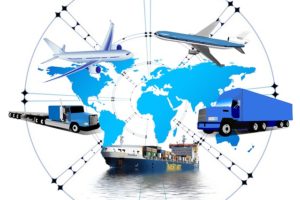 The Philippine Competition Commission (PCC) is adding logistics to its priority sectors for competition analysis and enforcement in 2019.

In a year-end report, PCC chairman Arsenio Balisacan said that “now, more than ever, our goal is to effectively investigate anticompetitive agreements and conduct, keeping in mind that effective deterrence not only requires the threat of penalties, but also effective detection and prosecution of infringements.”

PCC is a quasi-judicial body that enforces the provisions of Republic Act No. 10667, also known as the Philippine Competition Act, which was signed into law on July 21, 2015.

In 2018, the commission’s pool of economists was tasked to undertake issue papers on sectors that fall under the PCC’s priority areas. The issue papers are aimed at enabling the commission to identify key structural characteristics in the market or along segments of the industry supply chain that render the market more susceptible to anticompetitive practices.

These studies not only inform the commission when it weighs in and decides on cases brought before it, but also provide guidance in prioritizing enforcement and advocacy activities, Balisacan noted.

For example, the issue paper on air transport, which reviewed past regulations that led to significant improvements in the country’s air transport, flags possible competition concerns due to the highly capital-intensive and oligopolistic structure of the market. In particular, it recommends the review of airfare regulation on routes served by only one carrier and the government’s policy stance in negotiating bilateral air service agreements. Similarly, the issue paper on rice helped focus investigation on the alleged rice cartel.

Balisacan said the commission is set to complete ongoing issues papers and studies by early 2019, and then intends to transition to specific enforcement and advocacy work.

In 2018, PCC received 40 mergers and acquisitions (M&A) transactions, altogether worth P438 billion, of which 33 were approved. The sectors with the most transactions included real estate (9), manufacturing (8), electricity and gas (5), and transportation and storage (4).

The commission also received last year a total of 152 queries and informal complaints on possible anticompetitive agreements and conduct. PCC opened 11 preliminary inquiries, nine of which led to full administrative investigations. Of the nine investigations, seven are ongoing and two have been closed.

Last year, the Department of Trade and Industry had also requested PCC to look into the alleged excessive and unreasonable charges imposed by foreign shipping lines on Filipino importers and exporters amid growing concerns in the business community over these surcharges.

It also issued a Statement of Concerns on the Udenna-KGLI-NM Holdings, Inc. (2Go Group, Inc.) transaction, following a more in-depth Phase 2 review, in which PCC found a substantial lessening of competition in the market for passenger and cargo shipping services due to the transaction. This led to a review of the voluntary commitments proposed by the parties to correct potential harm to the market.