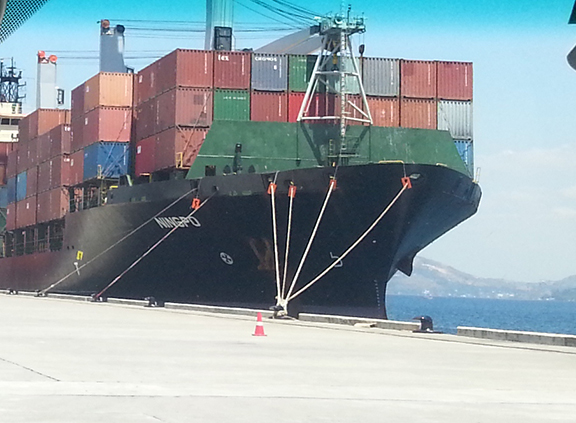 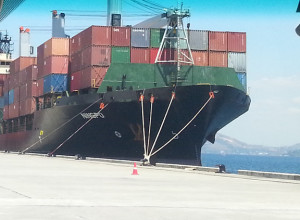 The matter of who has jurisdiction over cargoes transferred last year from the Port of Manila to Batangas and Subic in the wake of the Manila port congestion has been addressed by Customs commissioner Alberto Lina in a new order.

In a memorandum signed November 24, Lina moved from Manila to the two other ports the jurisdiction over the transferred cargoes “for purposes of convenience and to further optimize the utilization of our ports.”

Earlier, diversion of cargoes from Manila ports to Batangas and Subic in cases when there is port congestion was one of the measures undertaken by the government and the private sector to mitigate the effects of port congestion that hit Manila last year until early this year.

Through Executive Order (E.O.) No. 172 signed by President Benigno Aquino III on September 13, 2014, Batangas and Subic ports were designated as extensions of Manila port in times of congestion and other emergencies. This facilitated the transfer of some containers from Manila South Harbor and Manila International Container Port (MICP) to either Batangas or Subic even without the implementing rules and regulations to support E.O. No. 172.

At that time, the Bureau of Customs (BOC)-Port of Manila and MICP entered into an agreement with Manila port operators Asian Terminals Inc. and International Container Terminal Services, Inc. to facilitate the transfer of cargoes. They agreed that jurisdiction would remain with the district collectors of Port of Manila and MICP, and that they would “continue to exercise authority and hold possession of all imported articles upon which duties, taxes, and other charges have not been paid or secured to be paid.”

But now, Lina, using his powers as Customs commissioner under Section 602 (f) and Section 2602 of the Tariff and Customs Code of the Philippines, directed concerned BOC officials to transfer jurisdiction of the diverted cargoes from the district offices of the Port of Manila (for South Harbor) and MICP to the district collectors of the Port of Batangas and Subic Bay Freeport.

The district collectors of Port of Manila and MICP were also ordered to transmit all documents pertaining to the transferred cargoes to their Batangas and Subic counterparts “for the immediate processing and disposal of the same.”

Congestion at Manila ports has eased since March while yard utilization at both Batangas and Subic ports has been increasing since last year. The port congestion was triggered by the Manila daytime truck ban imposed by the Manila city government from February to September 2014. – Roumina Pablo

Office of the Commissioner Memo No. 34-2021 mandates that all electronically lodged transit goods declarations must have an approved bond policy in the...
Read more
Breaking News

All importations of COVID-19 vaccines will be included in the Department of Finance (DOF) express service lane, also called the Mabuhay Lane, to...
Read more
Breaking News

Civil works for the New Cebu International Container Port project in Tayud, Consolacion are currently being procured so groundwork can go on as...
Read more