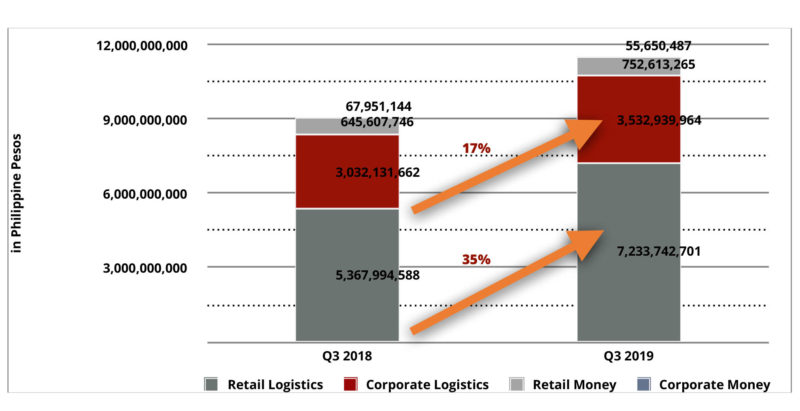 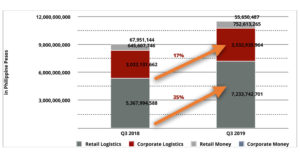 LBC said the retail logistics domestic market remains to be the main driver for the company’s revenues and growth.

The domestic business grew mainly from the introduction of new services in mid-2018, and the opening of 78 retail branches in 2019, bringing the total number of operational branches in the Philippines to 1,454 across Luzon, Visayas, and Mindanao.

Retail cash-on-delivery and cash-on-pickup (COD/COP) services were introduced at all LBC branches in late 2018. For COP services, LBC branches are offered as a venue for transaction between micro entrepreneurs and their buyers, wherein a buyer can pay for merchandise upon pick-up at a branch. For COD, LBC has delivery associates serve as collection agents for micro entrepreneurs wherein a buyer pays for the merchandise upon delivery. Proceeds are transferred to the seller’s bank account within one to three days of transaction. LBC said this innovation was created to address the surging demand in the e-commerce industry, and “has proven to be a success just in its first year.”

A total of 4.635 million transactions were recorded from October 2018 to October 2019, increasing the company’s revenues by P752 million.

Comprehensive income for the first nine months of 2019, however, was 60.3% lower at P493.503 million from P1.242 billion in the same period last year. The decline was primarily due to the following: loss on derivative attributable to the convertible instrument amounting to P590.94 million; lower foreign exchange gain; first-time adoption of a new lease accounting standard (PFRS16), which resulted in higher depreciation and interest expense, partially offset by the decline in rentals; and EBITDA (earnings before interest, tax, depreciation, and amortization) related to operations was higher by 40%.

Cost of services for the first nine months of the year was 39% higher at P8.4 billion from P6 billion for the same period in the previous year, relative to the volume growth of services, and thus, driving a 34% increase in cost of delivery and remittance.