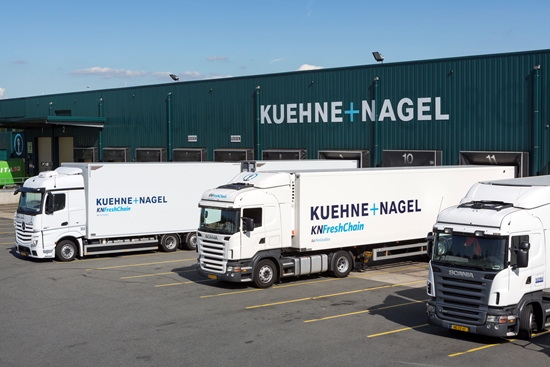 Swiss logistics company Kuehne+Nagel (K+N) more than doubled its earnings in the first half of the year on strong demand for logistics services as the global economy continued to recover from the impact of the COVID-19 pandemic.

The K+N group said it delivered “an outstanding financial performance” in the first six months as all business units significantly exceeded prior-year earnings.

Group net turnover amounted to CHF13.3 billion (US$14.5 billion), which is 35% higher than in the first six months of last year, while EBIT rose to CHF1.0 billion for a 147% year-on-year growth.

Joerg Wolle, K+N group chair, said K+N closed the second quarter of 2021 “with an absolute record result,” reflecting the group’s strategic course, its pursuit of digitalization and the payoff from its targeted expansion in Asia.

High year-on-year growth was also recorded in the air logistics division, with demand for transport of pharmaceutical goods, essential goods and e-commerce especially high. The acquisition of Apex also had an impact on the results, especially on the trans-pacific trade route, with the Asian freight forwarder being consolidated at the start of May.

For its road logistics business, K+N experienced a 108% increase in EBIT, which rose to CHF54 million in the first half of the year compared to the same period of 2020. Net turnover increased 14% year-on-year to CHF1.8 billion in the first half of 2021. In the second quarter, EBIT totaled CHF30 million, up 233% from the year-ago level, while net turnover increased to CHF939 million, a 30% increment from the second quarter of last year.

EBIT, however, increased by 60% compared to 2020, to CHF72 million in the first of 2021. In the second quarter, net turnover was down 2% to CHF1.1 billion, while gross profit declined 3% to CHF827 million. But contract logistics EBIT expanded to CHF34 million, a 2% increase from the second quarter of 2020.

In the first half of the year, contract logistics opened several highly automated facilities including new distribution centers for the semiconductor and consumer goods industries.