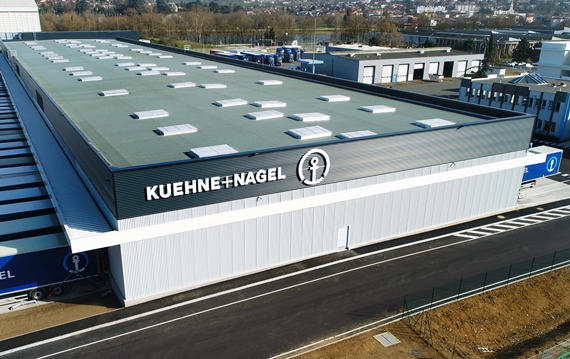 Kuehne+Nagel (K+N) is among the winners to emerge from the supply chain disarray seen in the third quarter.

The Swiss logistics group on October 20 said it had “an excellent business performance in the period,” as all its business units were able to exceed their prior-year results, in some cases significantly.

EBIT (earnings before interest and taxes) in the third quarter was CHF789 million, up 113% from a year ago, while it more than doubled to over CHF1.8 billion for the January-September period.

Detlef Trefzger, CEO of Kuehne+Nagel International AG, said: “We are on track and were again able to achieve an excellent business result in the third quarter. In the coming months, we do not expect any significant change in the constrained market situation.”

In sea logistics, K+N said it was a challenging market environment in the third quarter, noting congested ports and supply chains out of sync. At 3.4 million TEUs, container volumes in the first nine months of 2021 were slightly above the prior-year period. The unit’s net turnover was CHF9.1 billion for the nine-month period and EBIT reached CHF991 million.

With strong volume growth, air logistics once again posted market share gains in the third quarter of 2021. Air freight volumes in the first nine months of 2021 were around 50% higher than in the same period of the previous year at 1.6 million tonnes, of which around 20% is attributable to the acquisition of the Chinese air freight forwarder Apex. From January to September, net turnover was CHF6.6 billion and EBIT was CHF645 million.

Road logistics saw significant increase in shipment volume in the third quarter of 2021. The unit’s net turnover for the first nine months of 2021 was CHF2.7 billion and EBIT almost doubled to CHF75 million compared to the same period last year.

The digital booking platform for land freight, eTrucknow, again recorded strong growth. The service, which has so far been focused primarily on Asia, is currently being rolled out worldwide and is already available in over 20 countries, said the company.