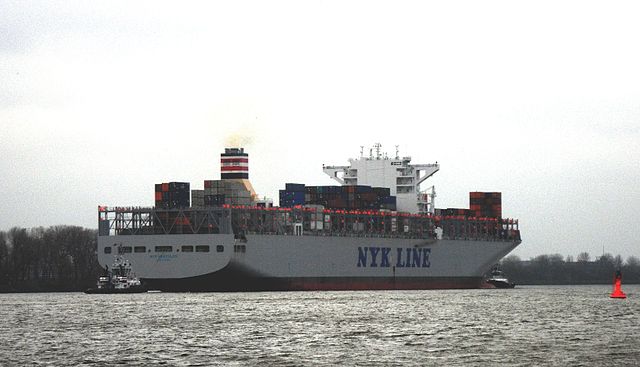 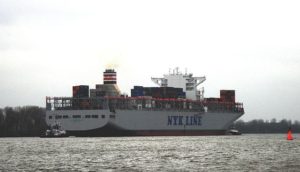 The maritime regulator said it turned down the tripartite agreement  proposed by Kawasaki Kisen Kaisha, Ltd. (K Line); Mitsui O.S.K. Lines Ltd. (MOL); and Nippon Yusen Kaisha (NYK) to form  a joint container shipping service, as it is not within the FMC’s jurisdiction  to decide on such proposals.

“The Shipping Act does not provide the Federal Maritime Commission with authority to review and approve mergers. After careful consideration, the Commission determined that parties to the Tripartite Agreement were ultimately establishing a merged, new business entity and that action is among the type of agreements excluded from FMC review,” said an official statement from the authority.

The tripartite agreement was filed at the Commission on March 24, 2017 by K Line, MOL, and NYK. These parties were seeking authority to share information with each other in advance of a new business entity being formed under the agreement next year.

“This decision by the FMC in no way precludes the Japanese carriers from merging their container trade business units into a single stand-alone company,” said U.S. Federal Maritime Commissioner William P. Doyle.

“Rather, the vote recognizes that the FMC cannot approve certain actions that would allow the three Japanese companies to act as a merged entity prior to actually merging. The Shipping Act does not provide the Federal Maritime Commission with authority to review and approve mergers.”

Much of what the tripartite parties were asking for—such as authority to share information and conduct joint negotiations with third-party businesses in the U.S. in advance of any potential merger—revolved around pre-merger or pre-consolidation coordination, he added.

“These provisions would violate ‘gun jumping’ laws that forbid the sharing of competitively sensitive information or the premature combining of the parties.”

In addition, he said, the proposed agreement sought authority to transfer shares or ownership interests in U.S.-based marine terminals owned and/or operated by the Japanese lines, something also “beyond the scope of FMC’s jurisdiction.”

The three Japanese liners had expected to complete their tie-up by July at the earliest and start operating in 2018. The carriers have said the combined operation would hold a 7% global market share and save them around JPY110 billion, or about US$1 billion, annually.

The proposed merger, which would create the world’s sixth biggest container player, is an attempt to cope with a dramatic decline in freight rates and shipping volumes for companies that move the vast majority of manufactured goods across the oceans.