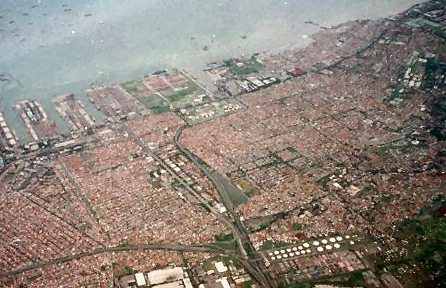 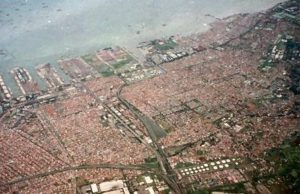 Indonesia’s main sea hub Tanjung Priok Port in North Jakarta has officially opened the first direct cargo route connecting Jakarta and Los Angeles in the U.S., as the country sets in motion plans to transform the port into a more competitive global gateway.

The 8,238-TEU vessel is the largest container carrier to call the country. The occasion also celebrated her impending maiden voyage for the industry’s first direct service from Indonesia to the U.S. the following day.

The ship is deployed for the new route in the Java Sea Express (JAX) service and the Pendulum Loop 1 (PE1) service by CMA CGM and APL, respectively—two operating brands of the CMA CGM group.

The weekly route includes stops in Laem Chabang in Thailand, and Cai Mep, Vietnam, before ultimately arriving in the U.S. for stops in both West Coast, Los Angeles, and Oakland in the San Francisco Bay Area.

CMA CGM Otello is one of 17 vessels that will ply the sea route of the weekly JAX or PE1 service, promising the fastest transit time of 23 days from Jakarta to Los Angeles, CMA CGM said in a statement.

“With a direct shipment, shippers can expect to benefit from better efficiency and cost savings arising from transshipment,” it added.

The Otello berthed at the port for the first time on April 9 during the pilot run. Total loading and unloading volume since then has seen a continuous increase averaging 2,100 TEUs, said a report from Antara News.

Elvyn said the route takes a maximum 23 days’ voyage, faster than normal route times, which often exceed 30 days. He added it would also save 10% to 20% in shipping costs compared to shipping via Singapore.

He expressed hope that the presence of the ship in Indonesia would convince other large ships to call at Tanjung Priok Port. This is part of the government’s mission to make the port one of the transshipment points in Southeast Asia and a more competitive international port.

“Indonesia is strategic to the developments of the CMA CGM Group in Southeast Asia. We are fully behind Indonesia’s aspiration for a mega maritime network across the island nation and seek to exploit opportunities to make a meaningful contribution. Moving forward, the Group looks to write new chapters with IPC and other key stakeholders for the Indonesian maritime industry.”