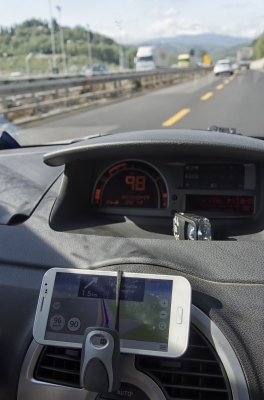 The implementing rules and regulations (IRR) of the Road Speed Limiter Act of 2016, which mandates that speed limiters be placed on certain vehicles, such as cargo trucks, closed vans, and tanker trucks, will be released in the coming weeks, according to Transportation Assistant Secretary Mark Richmund De Leon, in a recent road safety forum.

Republic Act No. 10916 or the Road Speed Limiter Act of 2016, which disallows certain vehicles without a standard speed limiter installed to ply roads, streets, or highways in the Philippines, lapsed into law in 2016. It also covers public utility vehicles (PUVs), shuttle service, and tanker trailers, but excludes taxicabs, tricycles, and jeepneys.

After a year of the law’s implementation, the Department of Transportation (DOTr)  may review whether exempt PUVs should also be fitted with speed limiters.

Speed limiters are designed to reduce accidents by limiting the maximum speed of a vehicle by restricting fuel supply to the engine.

De Leon said a joint memorandum circular on speed limit setting and enforcement will also be issued by the DOTr and the Department of Interior and Local Government (DILG).

He said that with the new regulation, DOTr hopes to increase speed enforcement activities in the Philippines, as more local government units (LGUs) enact and enforce speed limit ordinances. The joint circular contains coordination mechanisms to allow LGUs to lower speed limits on national roads that have a high pedestrian mix, such as school zones and market areas.

During the forum, representatives from government agencies, civil society organizations, the academe, and other stakeholders signed a declaration of commitment to improve speed limit enforcement in the Philippines.

Apart from speed-related initiatives, De Leon announced that DOTr has recently signed the IRRs of R.A. No. 10913, or the Anti-Distracted Driving Act, and R.A. No. 10666, or the Safety of Children Aboard Motorcycles Act.

The Anti-Distracted Driving Act prohibits the use of electronic devices, including mobile phones, while driving. The Safety of Children Aboard Motorcycles Act, meanwhile, prohibits children who cannot reach the foot peg of a motorcycle and cannot fully hold on to the driver from riding motorcycles on thoroughfares with high traffic volumes. – Roumina Pablo

Image courtesy of sephirot17 at FreeDigitalPhotos.net