Rules on PNP-regulated chemicals likely to take effect in May 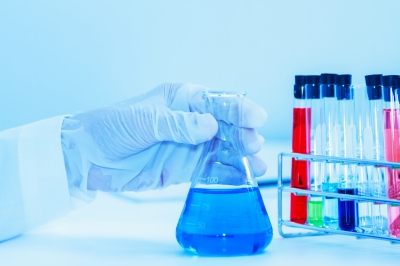 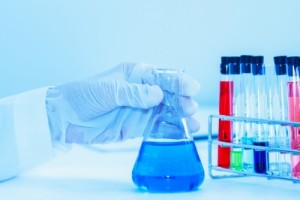 The new implementing rules and regulations (IRR) that will clarify the list of chemicals under Philippine National Police (PNP) control and detail how applicants can obtain permits and accreditation to acquire such substances are expected to be finalized on April 12 and to become effective by May.

According to the Department of Trade and Industry (DTI), the IRR is targeted for signing by the PNP chief on April 15 and by the secretary of the Department of Interior and Local Government on April 22, then set for publication in newspapers of general circulation.

The IRR is seen to finally become effective on May 7.

The Board of Investments and PNP on April 6 held a consultation on the draft IRR with industry players, chambers and associations, and government agencies.

The PNP last January 2013 expanded to 41 the number of substances on its master list of regulated chemicals, which included common household chemicals often used by manufacturers, particularly those in the electronics and semiconductor sectors.

In order to access these chemicals, companies had to first secure a permit from the PNP to import, handle, or transport them, leading to delivery delays and cancelled orders. Acknowledging the difficulties encountered in securing such permits, the PNP issued late last year a 60-day moratorium on the application requirement that ran from December 9, 2015 to February 9, 2016.

During the recent consultation, PNP made clear the moratorium has again been extended until April 30, or until such time that an IRR is issued.

As such, between April 30 and May 7, the moratorium will still be in effect.

PNP will include a section in the IRR on the transition period and formally notify the Bureau of Customs (BOC) of the extension.

The latest draft IRR is a product of consolidated inputs culled from various meetings and consultations held by the main technical working group co-chaired by DTI Undersecretary Ceferino S. Rodolfo and DILG Undersecretary Edwin Enrile, and the three sub-technical working groups. The three sub-groups had focused talks on categorizing the chemicals, streamlining the processes, and accrediting logistics providers and company-owned trucks and service vehicles for controlled chemicals.

The PNP Firearms and Explosives Office has already presented the proposed IRR and their salient features. Section 3 of the IRR categorizes controlled chemicals into high risk and low risk.

Section 4 on License to Manufacture, Deal and Purchase Controlled Chemicals now provides for extending the validity of licenses pending approval of applications for renewal and graduated penalties, and issuance of Certificate of Good Standing.

Section 5, meanwhile, centers on the scope of the license to manufacture, deal in, and purchase controlled chemicals.

Section 7 discusses the registration and accreditation process for PNP-accredited logistics service providers, forwarders, and truckers of controlled chemicals in lieu of PNP escorts in every movement.

Section 8 deals with the recording of transactions, inventories, and inspections; Section 11 is about the cancellation of licenses, and Section 12 focuses on penalties.

Section 13 encompasses the authority of the Chief of PNP to issue policies and guidelines, while Section 14 tackles the application of information and communication technology to enhance regulation and support a cost-effective and efficient operation.

“Chemicals are basic inputs in the operations of the manufacturing sector and therefore it is important to make its operations up and running smoothly as this would easily translate into improvement of other sectors within the manufacturing industry,” DTI assistant secretary for industry development Rafaelita Aldaba said. – Roumina Pablo