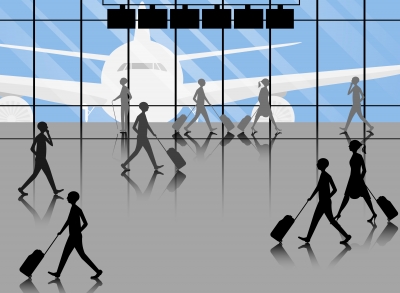 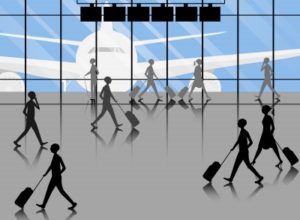 The Philippine aviation sector can realize its “tremendous” growth potential only if the right infrastructure support is in place, according to International Air Transportation Association (IATA) director general and chief executive officer Alexandre de Juniac.

“You have a tremendous possibility to expand. But then we need to have the right infrastructure to cope [with] that,” de Juniac said in a press conference on the sidelines of the first Philippine Aviation Day on October 27.

The next five years, he added, “should be positive” for the country “especially if the infrastructure plan is implemented.”

De Juniac, in a speech during the event, said that “you have a goldmine in your hands so please exploit it.”

He said IATA is pleased to see the progress in Philippine aviation safety and security, citing the recent passage by the country of the International Civil Aviation Organization’s safety review and the installation of the communications, navigation, surveillance and air traffic management systems (CNS/ATM).

With issues on safety and security undergoing fundamental changes, de Juniac is encouraging the government to consider requiring the IATA Operational Safety Audit for all Philippine air carrier’s certificate holders, a requirement already imposed by many governments, said the IATA executive.

He said, however, that improving NAIA is not enough and that enhancing Clark International Airport (CRK) is also important. IATA also supports the government’s plan to create a multi-airport system that would see another airport constructed near Manila because CRK is “a bit too remote.”

But while IATA supports the infrastructure program, de Juniac requested that the government listen to stakeholders such as airlines, which are represented by IATA.

De Juniac asked government to act wisely and avoid mistakes by looking at what has other countries have done correctly.

He said IATA is “a bit cautious” about governments turning to the private sector to finance and build airport infrastructure.

“It’s a short-term fix that brings long-term pain,” he said, noting that while quality of service may improve immediately, airport charges tend to “skyrocket,” creating problems for airlines.

“The right way to do that is to mix the private and public funding,” he said.

Aside from infrastructure, de Juniac urges the government to promote “smart regulation” in crafting new rules for the industry.

Smart regulation has several attributes, such as it respects global standards and focuses on “real problems instead of solving false issues,” it passes rigorous cost benefit analysis, and it is transparent and does not distort competition.

He added that smart regulation is built “through meaningful consultation with all concerned parties.”

De Juniac said IATA does not “hate regulation” as aviation is a highly regulated industry, but noted that excessive regulation is “a huge burden” on the industry.

He further stated that IATA is particularly concerned about a proposed new consumer protection regulation in Philippine aviation involving capping airfares and overbooking as “it doesn’t meet the smart regulation standard.”

De Juniac noted that the deregulated airline sector has benefitted not just airlines, but passengers as well. As an example, he said, the average air fare between the Philippines and Asian countries in 2005 was $2,316, but in 2016, it fell to just $76.

He also noted that destinations have increased to 55 from 40, and that traveler numbers nearly tripled during the period.

The IATA official said capping air fare and taking away the flexibility of airlines to impose fares and premiums “will be a major step backward because we believe it will prevent market forces [from doing] their job.” He added that this will prompt airlines to increase average fares.

He noted that the airline business is a competitive field, and cheaper rates have encouraged more people to travel.

Overbooking, meanwhile, while it has earned a bad reputation, has “dramatically changed for the past 30 years” and rarely happens nowadays. Regulating overbooking, de Juniac said, is seen as the wrong solution.

No to additional taxes

IATA is also “not in favor” of proposals in Congress to levy additional tax on airlines as it will be “detrimental to the development of the industry.”

He noted that taxing tourists may bring some short-term gains that may disappear in the long term when the number of tourists declines.

The IATA director general clarified that IATA is not against regulations and “not making light of the need to treat passengers well, but there is no need to reinvent in the Philippines” and in other countries the well-established international rules.

De Juniac suggested instead that the government stick to international regulations that are “cleverly and carefully built and thought out.” – Roumina Pablo

PH adopts travel ban on 14 countries as precaution against Omicron