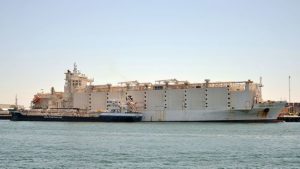 The shipping industry’s transition to low-sulfur fuel oil in compliance with the International Maritime Organization (IMO) regulation has not been without problems, according to the results of an industry survey.

The survey held from February 24, 2020 to May 6, 2020 was conducted by the Baltic International and Maritime Council (BIMCO), International Chamber of Shipping, INTERCARGO and INTERTANKO.

“The survey provides insight into which parameters of the new fuel types are posing the biggest challenges for onboard fuel management,” said Christian Schiolborg, manager, marine environment at BIMCO.

It focused on potential problems that the industry experienced as it transitioned to using low-sulfur fuel oil from January 1, 2020 in compliance with IMO 2020. These included increased sludge discharge; clogging of fuel pipes, preheaters, fuel separators and fuel filters; fuel pumps getting stuck; problems with fuel injection; and poor ignition of fuel oil.

It also focused on other issues regarding incomplete combustion, wax appearance and increased wear and tear of cylinder liners—problems that may lead to loss of propulsion and/or blackout.

Meanwhile, the most common operational problems experienced were increased sludge deposits and wax appearance after switching to the compliant fuel oils with a sulfur content not exceeding 0.50%.

And when commercial fuel oil samples were tested after bunkering, sulfur content was found to be among the most frequent parameters to be indicated as off specifications and consequently, an indication of potential non-compliance with MARPOL annex VI.

Some of the survey report highlights are as follows:

The maritime industry’s transition to the sulfur regulation has not been without problems, said BIMCO in a statement. “Since fuel oil properties are fluctuating, it is expected that quality and safety problems will continue to be a challenge for the global shipping industry,” it said.

Photo By Bahnfrend – Own work