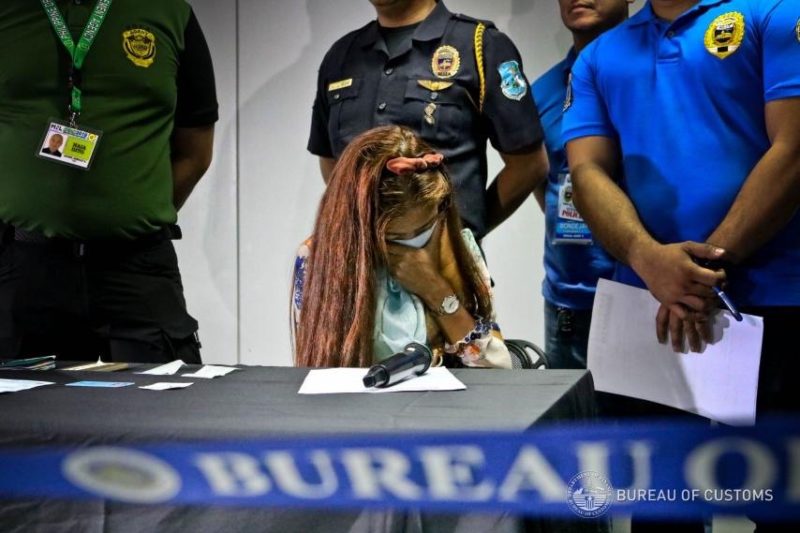 The Bureau of Customs (BOC) arrested an Indonesian national for allegedly attempting to smuggle 8 kilograms (kg) of methamphetamine hydrochloride, locally known as shabu and with an estimated value of P54 million, through the Ninoy Aquino International Airport (NAIA).

The suspect, identified as Agnes Alexandra, arrived on October 7 at NAIA Terminal 3 from Siem Reap, Cambodia via flight 5J 258, BOC said in a statement.

She was apprehended at around 2:30 a.m. after x-ray scanning of her baggage yielded images of suspected dangerous drugs. After a 100% physical examination, the Customs examiner found crystalline substances wrapped in aluminum foil and concealed underneath the lining of the baggage.

The substance tested positive for shabu following a field test immediately made by the Customs Anti-Illegal Drugs Task Force.

BOC said a joint inventory will be conducted in the presence of Philippine Drug Enforcement Agency (PDEA), Department of Justice, and barangay officials.

Alexandra and the confiscated shabu will be turned over to PDEA for inquest proceedings with regard to violation of the Comprehensive Dangerous Drugs Act (Republic Act No. 9165) in relation to Sections 118 (Prohibited Importation), 1113 (Goods Liable for Seizure and Forfeiture) and 1401 (Unlawful Importation) of RA 10863, otherwise known as the Customs Modernization and Tariff Act.

It may be recalled that a similar shipment of shabu from Siem Reap, Cambodia was seized at NAIA Terminal 1 on September 28, 2019.