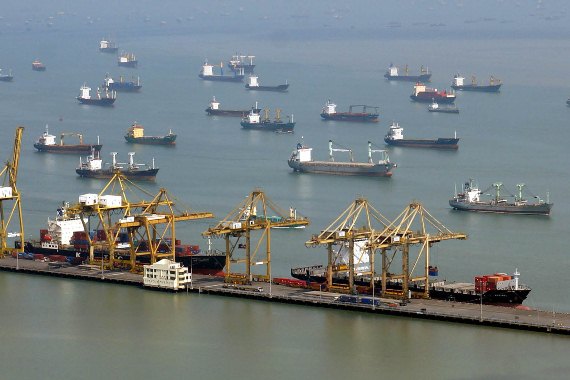 The Indonesian government, through the State-Owned Enterprises (SOE) Ministry, has decided to merge all state-owned ports—Pelindo I, II, II, and IV—by October 1, 2021, to strengthen maritime connectivity, standardize port services, and improve efficiency and competitiveness.

Integrating Pelindo is a must to boost the growth and equity of the national economy, said SOE Vice Minister Kartika Wirjoatmodjo, as reported by state-run Antara News.

“Indonesia, as a vast maritime country, must have a more integrated shipping and freight channel plan. So far, with four Pelindo companies in different regional operating areas, it is no easy task for us to plan the flow as well as the investment that can support cost efficiency of the national logistics system. This current condition also leads to unstandardized port operational services,” Wirjoatmodjo said.

Currently, the four state-owned port operators—PT Pelabuhan Indonesia I, II, II, and IV—handle their own working areas, from the westernmost to the easternmost parts of Indonesia.

This leads to inefficient services and processes in port handling, particularly for loading and unloading goods, as each company has its own standards and procedures. Such an arrangement also makes the ports in the country less competitive to those in neighboring countries such as Malaysia and Singapore.

Indonesia has a relatively higher dwelling time, with an average of 3.5 days, than Malaysia and Singapore, which have average dwelling times of two days and 1.5 days, respectively, the report said.

In terms of the Logistic Performance Index, the logistics costs in Indonesia were considered high, with approximately 24% of the gross domestic product (GDP) as compared to a global average of 13% of the GDP.

Upon integration, Pelindo will be divided into four business clusters: container, non-container, logistics and hinterland development, and equipment and port services.

Indonesia is optimistic that having business clusters will lead to better service quality and greater efficiency in utilizing the fund source, assets, and human resources.

Pelindo is expected to generate greater value and volume post-integration. With an integrated 97 port branches in 32 provinces, its asset value is projected to reach IDR120 trillion (US$8.4 billion).

Integrating ports is also expected to help slash logistics costs on a national scale by boosting its service productivity and make the Pelindo group more competitive against Singapore.