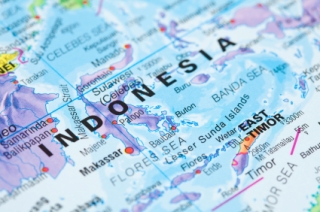 The government of Indonesia has canceled a plan to build a new container terminal at the Port of Tanjung Priok in North Kalibaru, citing lack of funds to jointly finance the project, local media outlets report.

The project was estimated to cost $1.3 billion, with the government supposed to provide $392 million for the construction of roads and bridges leading to the area.

The government initiated the tender process in June 2010 and short-listed five out of seven bidders two months after. It was supposed to announce the winning bid in October.

Operations at the dock terminal were scheduled to begin in 2014 with an annual capacity of almost 2 million TEUs.

Bernardus Djonoputro, the president-director of Nusantara Infrastructure, which bid for the project through an international consortium, was quoted as saying the cancellation was “not good for the government’s image … and investment climate,” according to the AsiaSentinel.com.

Industry analysts say the existing Tanjung Priok seaport, the country’s biggest, has already reached its optimum capacity and needs to expand and upgrade if the harbor is to cope with the growing volume of trade and attract more business and investments.

At present the port is constricted by limited space for holding containers, a shallow depth that cannot berth the larger ships now commonly used, and the existence of only one major road leading to the vicinity, which are causing costly delays and deterring economic growth, they add.