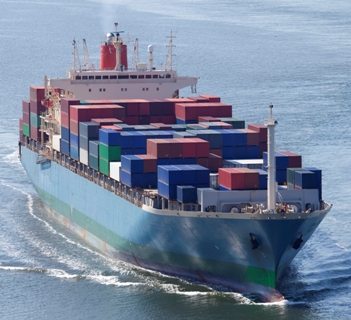 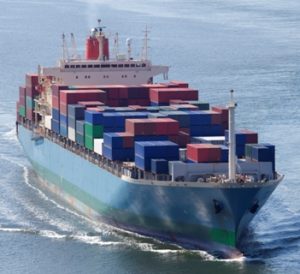 The implementing rules and regulations (IRR) for the Foreign Ships Co-Loading Act, which allows foreign vessels to transport Customs-cleared foreign cargoes to multiple Philippine ports in order to cut logistics costs, has finally been signed.

The IRR, embodied in Joint Department Administrative Order No. 001-2016, was approved and signed by the secretaries of finance, trade and industry, transport and communications, and justice. It gives teeth to Republic Act (R.A.) No. 10668, or “An Act Allowing Foreign Vessels to Transport and Co-Load Foreign Cargoes for Domestic Transshipment and for Other Purposes,” which was signed by President Benigno Aquino III on July 21, 2015.

The IRR, published on May 16 and effective 15 days after, exclusively covers foreign cargo vessels carrying foreign containers or foreign cargoes, whether containerized, bulk, or break bulk.

Under the rules, any foreign vessel arriving from a foreign port will be allowed to carry foreign cargo to its Philippine transhipment port or its port of final destination after the vessel is cleared at the concerned port.

Any foreign vessel arriving from a foreign port may likewise carry the foreign cargo of another foreign vessel calling the same port of entry or transhipment port to the cargo’s Philippine port of discharge.

In addition, the law allows a foreign vessel departing from a Philippine port of origin through another domestic port to a foreign port of final destination to carry foreign cargo intended for export.

Any foreign vessel departing from a Philippine port of origin may also carry the foreign cargo of another foreign vessel through to a transhipment port, and the cargo transferred from there to its foreign port of final destination.

Likewise allowed is the transport by a foreign ship of foreign empty containers for domestic transfer or for immediate export.

For co-loading of import cargoes, the shipments must be covered by the necessary import entry for consumption, warehousing, or transhipment, which should be filed at the assessment office in the port of discharge.

Export cargoes need to be covered by an export declaration and other necessary documents, to be filed immediately at the first port of loading.

Arrastre operators should be furnished a copy of the e-IFM, e-CCM, and export declarations, and in turn must periodically submit to the Bureau of Customs (BOC) an inventory record.

They are also required to “provide adequate space in (their) yard for temporary storage of foreign cargoes subject of co-loading.”

However, such authority should be implemented “provided, that such acts shall not diminish or impair any existing and valid government contract covering the handling of import and export cargo; provided further, that the commissioner of customs shall have the authority to impose penalties to foreign ship operators found to have violated any provision of this order and to take measures to address illegal activities, including smuggling.”

The other government agencies involved in co-loading—finance, transport, trade and industry, and justice—will continue to exercise their respective mandates as well, and may issue rules and regulations in relation to the law consistent with the objectives of R.A. 10668.

Section 9 of the IRR points out that carriage under the Co-Loading Act shall be governed by Commonwealth Act. No. 65, otherwise known as the Carriage of Goods by Sea Act, concerning the liability of the carrier for the loss of or damage to goods carried.

To ensure that no domestic cargoes are carried by foreign ships, foreign ship operators must submit their cargo manifest to the port authorities.

“No foreign vessel shall be allowed to carry any domestic cargo or domestic container van, whether loaded or empty, even if such container van may contain foreign cargo,” the IRR stipulates. This section aims to ensure that the country’s cabotage policy remains intact.

If provisions of the IRR or any relevant rule and regulation are breached, the BOC will impose a penalty or fine on any foreign ship operator or its agent as stipulated under the Tariff and Customs Code of the Philippines and other related laws.

The Co-Loading Act is seen to eliminate costs incurred by shippers who have to pay domestic carriers to conduct domestic transhipment of their import and export cargoes, since foreign vessels are still barred from domestic waters. These costs include hauling fees for transporting goods from the Manila International Container Terminal or Manila South Harbor to Manila North Harbor, cargo handling charges paid by importer-manufacturers to discharge and loading ports, and underguarding fees collected by the BOC. – Roumina Pablo