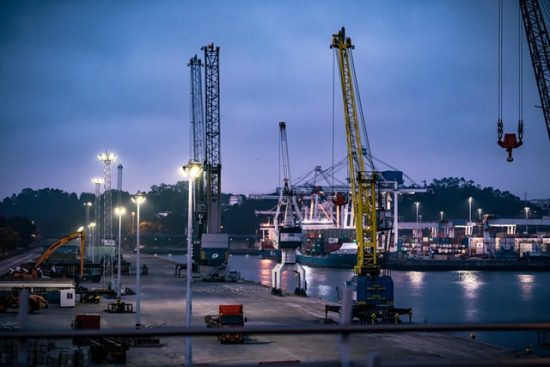 The International Maritime Organization (IMO) has taken further steps toward making it mandatory for state authorities to establish and use a maritime single window (MSW) system for ship clearance at ports.

This as the IMO’s Facilitation Committee 45 (FAL 45) approved early this month draft amendments to the annex of the Convention on Facilitation of International Maritime Traffic (FAL Convention) that, among others, update the provisions of the convention on mandatory electronic data exchange in ports for ship clearance.

The newly approved amendments will make it mandatory for public authorities to establish, maintain and use single window systems for the electronic exchange of information required on the arrival, stay and departure of ships in ports.

In addition, public authorities will have to combine or coordinate the electronic transmission of the data so as to ensure that information is submitted or provided only once and re-used to the maximum extent possible.

The amendments will now be circulated with a view to adoption at FAL 46 (to be held next year).

During the session, the Committee approved revised guidelines for setting up an MSW, and agreed to create a new Global Integrated Shipping Information System (GISIS) module to share information on maritime single windows implemented by member states.

The FAL Convention has for its main objectives to prevent unnecessary delays in maritime traffic, aid cooperation between governments, and secure the highest practicable degree of uniformity in formalities and other procedures.

Further on digitalization, the Committee approved a new version of the IMO Compendium on Facilitation and Electronic Business (the IMO Compendium). The new version includes a new IMO data set on reporting of stowaways, additional data elements linked to port services timestamps to support the just-in-time approach and an IMO data set on acknowledgement receipts. The revised Compendium is now available from the IMO website.

By harmonizing the definitions and formats of the data elements required during a port call and by standardizing electronic messages, the IMO Compendium facilitates the exchange of information ship to shore and the interoperability of single windows, reducing the administrative burden for ships linked to formalities in ports.

Lessons learned from the pandemic

Moreover, the updated annex to the FAL Convention includes provisions derived from lessons learned during the course of the COVID-19 pandemic.

In a new section addressing a public health emergency of international concern (PHEIC), the revised Facilitation Convention will require contracting governments and their relevant public authorities to allow ships and ports to remain fully operational during a PHEIC, “in order to maintain complete functionality of global supply chains to the greatest extent possible,” IMO said.

The public authorities are also required to designate port workers and ships’ crew as key workers (or equivalent), regardless of their nationality or the flag of their ship, when in their territory.

The update contains a number of recommendations for contracting governments about best practice to support unhindered transport of maritime cargo and support for global supply chains. In addition to advising national authorities against introducing obstacles to crew movement for repatriation, crew changes and travel, the updated annex also encourages dissemination of information about public health matters and expected protection measures by ship operators.

The updated text of the Convention takes a systemic approach to addressing the issue of corruption associated with the ship-shore interface in ports. Contracting governments are now required to encourage public authorities to assess the risks of corruption and address them by developing and implementing preventive measures to strengthen integrity, transparency and accountability.

Public authorities are also required to coordinate efforts to detect, investigate and sanction corruption related to ships’ calls in the port, including through national and international cooperation.

Photo by Maksym Kaharlytskyi on Unsplash