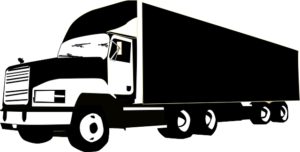 The Lower House Committee on Metro Manila Development will ask the Department of Transportation (DOTr) to suspend its department order (DO) imposing a 15-year-old age limit on trucks-for-hire (THs) until such time the department’s new motor vehicle inspection system (MVIS) is implemented.

Committee chair Winston Castelo said DOTr should “concentrate and focus” on roadworthiness of THs and fast-track the purchase of new equipment for the MVIS.

Recommended for suspension is DOTr Department Order (DO) No. 2017-09, signed in 2017, which reinforces DO 2002-030 on the mandatory age limit for buses-for-hire and THs covered by certificate of public convenience (CPC). The order calls for replacing old public utility vehicles (PUVs) such as THs to modernize the country’s fleet and prevent accidents and untoward incidents brought about by the failing condition of old PUVs.

Truckers, however, have long argued that roadworthiness, not truck age, should be the basis for granting CPCs. Manila 1st district representative Manuel Luis Lopez, during the hearing, said DOTr should instead institute a system that will ensure trucks are roadworthy and promote discipline among drivers.

Land Transportation Franchising and Regulatory Board (LTFRB) board member Engr. Ronaldo Corpus, during the hearing, explained that one of the considerations for implementing DO 2002-030, which imposes a 15-year age limit for buses, was metal fatigue, which supposedly happens when buses get old. DO 2017-09 reinforces DO 2002-030, and also included THs.

But asked by COOP NATCCO partylist representative Anthony Bravo for a scientific study proving metal fatigue after 15 years, Corpus said he personally did not know of any.

Corpus also acknowledged that there is currently no well-functioning MVIS, which is why the DOTr is still implementing the truck age limit policy.

Currently, truckers with existing CPCs can still renew their franchise, but new applications for trucks more than 15 years of age are not allowed, according to Corpus.

However, Castelo asked: “Why would the industry suffer for the bureaucratic delays of your office?” He added that Congress “has not been remiss” in granting DOTr the budget for purchasing MVIS.

In a press conference on November 21, DOTr undersecretary for road transport and infrastructure Mark Richmund De Leon said the transport department would be procuring 26 mobile inspection units for its MVIS.

DOTr has also issued a DO authorizing private companies to operate 200 MVIS and is already drafting the implementing rules and regulations (IRR) on the accreditation of private operators. De Leon said the draft IRR is expected to be finished in six months’ time.

Also at the same press conference, LTFRB chairman Martin Delgra III clarified that the DOTr is now considering roadworthiness, not age, as the basis for granting franchise to THs.

The decision toward “veering away from the vehicle age policy, moving towards the roadworthiness policy” in granting the CPC to THs has been cascaded to big trucking groups in discussions with government early this year, Delgra noted.

However, some trucking groups are asking DOTr to repeal DO 2017-09 and issue another DO to manifest the department’s intent to really implement roadworthiness instead of vehicle age limit. – Roumina Pablo