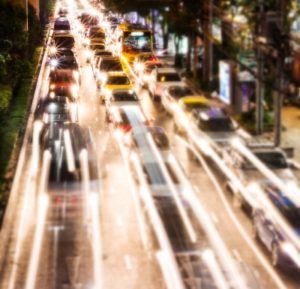 Earlier, Senate president Franklin Drilon filed Senate Bill No. 11, or the “Transportation Crisis Act of 2016,” which proposed to arm Duterte with the power to use alternative methods of procurement for the construction, repair, rehabilitation, improvement, or maintenance of transportation projects in order to reduce traffic congestion in Metro Manila and other urban areas.

“No one is spared from this crisis. The public suffers from the pains of commuting in the grungy Metro Rail systems and public utility vehicles. Problems of this proportion call for drastic solutions because these have already resulted in higher operating cost, lost income opportunities and productivity, higher foreign exchange outflow for fuel and redundant transportation equipment,” Yap said in a statement.

Under HB 38, effective for a year, the President shall have the power to restructure institutions that impact traffic management including, but not limited to, the Land Transportation Office, Land Transportation Franchising and Regulatory Board, Maritime Industry Authority, Civil Aeronautics Board, Civil Aviation Authority of the Philippines, Toll Regulatory Board, Light Rail Transit Authority and Philippine National Railways.

Yap said Duterte under the measure may abolish or create offices, institute drastic cost-cutting measures, and take such other related actions necessary to implement the objectives of the proposed law.

Officials or employees of agencies who may lose their jobs due to the re-organization will receive the necessary benefits as resolved by the Office of the President together with the Commission on Audit and Civil Service Commission.

The bill proposes the appointment of a traffic czar to exercise authority delegated by the President, including those necessary to sufficiently discharge his duties and responsibilities.

The traffic czar will have the power to override MMDA, local government units’ traffic and related ordinances, permits and licenses including those allowing the operation of public transportation, vehicle parking, business operations, construction and public utility vehicle terminals that obstruct traffic flow on major and secondary roads needed as alternate routes.

Oversight committees shall be formed from both houses of Congress as a check and balance to monitor implementation of the proposed law and the exercise of the authority granted.

Image courtesy of feelart at FreeDigitalPhotos.net