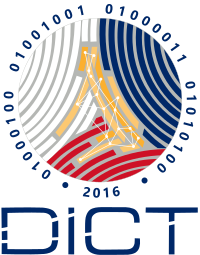 Former Senator Gregorio Honasan II has been sworn in as the new secretary of the Department of Information and Communications Technology (DICT).

Honasan took his oath of office before President Rodrigo Duterte on July 1, more than a year after his appointment paper as the new DICT head was signed on May 20, 2018.

He replaced Eliseo Rio, who held the post in acting capacity and is now undersecretary for operations.

Further, Article 6, Section 13 of the 1987 Constitution prohibits a senator or congressman from being appointed “to any office which may have been created…during the term for which he was elected.”

He was a member of the Philippine Military Academy’s class of 1981. He joined a series of uprisings against the late President Corazon Aquino, and was granted amnesty in 1992 by then President Fidel Ramos. Elected senator in 1995, Honasan was reelected in 2001, 2007, and 2013. He ran for vice president in 2016 but lost.