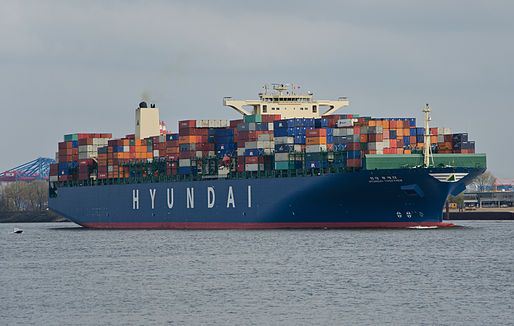 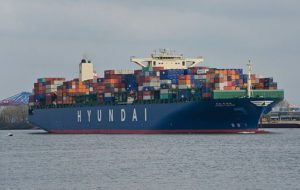 Creditors and the South Korean government plan to provide Hyundai Merchant Marine (HMM) up to KRW10 trillion (US$8.83 billion) to bolster the competitiveness of the country’s only remaining long-haul shipping liner.

A senior official from the creditors’ side was quoted in local media reports as saying that it is “inevitable to provide additional financial support to HMM as the nation’s only shipping firm in order to secure the competitiveness of the domestic shipping industry.”

“Starting with the issuance of new shares worth 700 billion won (US$618.87 million) within this year, we have decided to inject more money by year and stage,” the executive added.

Previously, global consulting firm AT Kearney released a report observing that HMM needs up to KRW10 trillion in investment by 2020 in order to secure its medium- and long-term competitiveness. The company is expected to need in the next five years about KRW5.6 trillion to build 40 ultra-large ships, KRW3.3 trillion to purchase 1.5 million containers, and KRW1.1 trillion to acquire terminals at home and abroad and remove chartered ships that are costing the shipping line a lot.

HMM initially planned to attract KRW700 billion in investment needed by the end of this year from foreign capitalists. However, talks with asset management firm BlackRock to attract up to KRW1 trillion in investment bogged down. In the end, creditors, including the Korea Development Bank, the largest shareholder in HMM with a 13.13% stake, decided to increase capital by issuing new stocks.

Out of the KRW700 billion of paid-in capital increase, HMM plans to spend KRW400 billion to buy new ships and terminals, and the remaining KRW300 billion to pay for operational expenses such as charter and fuel costs.

Starting with the paid-in capital increase, the company will be offered additional financial support, receiving a maximum investment of KRW10 trillion over the next five years.

Meanwhile, HMM is set to receive delivery of two 11,000-TEU containerships from Hanjin Heavy Industries & Construction in May 2018. The vessels will cost about KRW182 billion and are expected to be deployed on the East Coast of the South American trade.