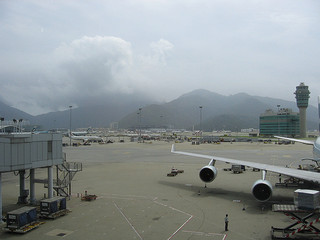 Airfreight growth was primarily due to a 6 percent growth in exports and a 13 percent growth in transshipments. During the month, cargo traffic to and from Southeast Asia and China “improved most significantly compared to other key regions,” an HKIA statement said.

“The expanding network and frequency of air services at HKIA also affords better opportunities to capture more cargo transshipment,” he continued. “Fuelled by burgeoning demand from the traditional Christmas peak season, we expect this promising growth in cargo to continue throughout the rest of the year.”

Over the first 11 months of 2013, HKIA handled 3.7 million tonnes of cargo, representing growth of 2.6 percent, over the same period last year.

In related developments, the AAHK said it would proceed immediately with the development of a new hotel at the airport island’s North Commercial District (NCD) as the area’s first phase of commercial development.

The hotel will be located on about two hectares of land adjacent to AsiaWorld-Expo, an area that is currently used for long-term car parking. The hotel development is being planned to help meet Hong Kong’s growing need for more accommodation.

The AAHK board of directors said the hotel project will not require the relocation of the planned underground automatic people mover depot. As a result, the current Environmental Impact Assessment for HKIA’s three-runway system will proceed as planned and be ready for submission to the authorities by early 2014.

The master layout plan for the entire NCD development is in progress and a final recommendation will be submitted to the board as soon as possible, an HKIA statement said.

“I must thank my fellow Board members, colleagues and our consultants for the months of hard work they have spent working on a viable Master Layout Plan for commercial development at the NCD,” said Marvin Cheung Kin-tung, chairman of the AAHK. “We have been able to accomplish this while striking an important balance, by also ensuring that HKIA can continue at full speed in its planning for expansion into a three-runway system.”