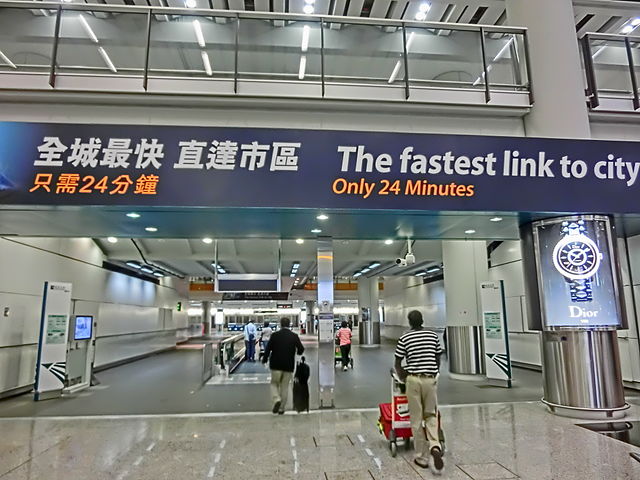 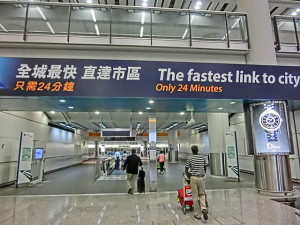 Hong Kong held on to its position as the world’s busiest air cargo hub in 2014, according to the Airports Council International (ACI), basing its report on data culled from 1,095 airports worldwide.

Hong Kong processed a total of 4.42 metric tonnes of cargo last year, a 6% growth year-over-year to come in first place. Memphis comes in second with a cargo growth of 2.9%, or 4.26 metric tonnes handled, followed by Shanghai with 3.18 metric tonnes (8.6%), and Incheon with 2.56 metric tonnes (3.8%) in third and fourth rank, respectively. Anchorage moves up ahead of Dubai to fifth position with a 3% volume expansion.

Rounding off the rest of the pack in the Top 20 are Louisville in seventh place, followed by Tokyo, Frankfurt, Taipei, Paris, Miami, Singapore, Beijing, Los Angeles, Amsterdam, London, Guangzhou, Chicago, and New York.

In overall passenger traffic results for 2014, the top four busiest airports have not changed as compared to 2013. Atlanta continues to be the world’s busiest airport with over 96 million passengers in 2014, a growth of 1.9%.

While Beijing was expected to close the gap, it no longer has double digit-growth as in previous years, placing it in second position after recording a 2.9% growth. London-Heathrow (1.4% growth) remains in third, while Tokyo-Haneda (5.7%) preserves fourth position. However, Los Angeles (6%) and Dubai (6.1%) have moved ahead of Chicago-O’Hare (4.6%), occupying the fifth and sixth rank, respectively.

Istanbul, which grew 10.7%, remains one of the fastest growing airports among the world’s top 20 airports for passenger traffic, moving from 18th to 13th rank ahead of Amsterdam.

Chicago-O’Hare, which saw a 0.2% dip, has become the world’s busiest airport for aircraft movements following a 4.7% drop in movements at the second-ranked Atlanta in 2014. Los Angeles (1.7% growth) and Dallas/Fort Worth (0.3%) maintain the third and fourth ranked position, respectively. Beijing (2.5%) moves ahead of Denver (-2.9%).

In related industry developments, traffic figures in February for both international air cargo and air passenger markets showed strong growth, according to data released by the Association of Asia Pacific Airlines (AAPA).

International air cargo demand, as measured in freight tonne kilometers (FTK), registered a hefty 20.5% jump in February, outpacing a 12.6% increase in offered freight capacity, which resulted in a 4.2 percentage points increase in the average international freight load factor, to 65.2%.

A total of 21.8 million international passengers flew on the region’s carriers in February, a firm 11.9% increase compared to the same month last year, boosted by strong leisure travel demand during the Chinese New Year festive period. Measured in revenue passenger kilometers (RPK), international passenger demand increased by 9.9%, underscoring particularly robust growth in regional travel markets. Traffic growth exceeded the 8% expansion in available seat capacity, resulting in a 1.3 percentage point increase in the average international passenger load factor to 78.1% for the month, in contrast to the general trend of slightly weaker load factors seen over the past year.

Andrew Herdman, AAPA director general, said, “The timing of the Chinese New Year holiday period affects the monthly comparisons, but taken together, the first two months of the year saw an 8.2% increase in the number of international passengers carried by Asia Pacific airlines to a combined total of 44.3 million, buoyed by healthy demand to major holiday destinations in the region.”

Looking ahead, Herdman concluded, “The demand outlook for Asian carriers remains broadly positive, supported by the benefits of lower oil prices. Nevertheless, Asian airlines are having to carefully match capacity growth with actual demand, whilst coping with the effects of increased currency volatility affecting both costs and revenues.”