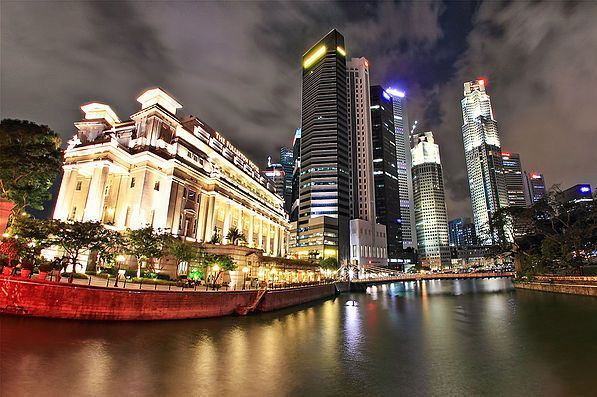 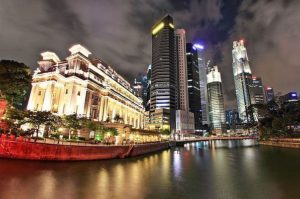 Singapore posted higher-than-expected growth in trade and non-oil merchandise exports in the first quarter of the year, leading to upward adjustments in forecasts for both in 2017, according to the International Enterprise (IE) Singapore.

Total merchandise trade expanded by 16.3% in the first quarter, extending the 4.0% growth in the preceding quarter, as both oil and non-oil trade grew. Non-oil trade rose by 6.8% in 1Q 2017, following the previous quarter’s 1.8% increase.

On a seasonally adjusted basis, total merchandise trade grew quarter-on-quarter by 4.4% in the first three months of 2017, compared to the previous quarter’s increase of 7.6%. Non-oil trade increased by 1.7% during the period covered.

Non-oil exports (NOX), which include both non-oil domestic exports (NODX) and non-oil reexports (NORX), grew year-on-year by 10.0% in 1Q compared to the preceding quarter’s slight 0.1% growth. On a quarter-on-quarter basis, NOX increased by 4.0%, following the 3.6% growth in the previous quarter.

Year-on-year, NODX expanded by 15.2% from January to March, extending the 2.7% increase in the previous quarter on increased shipments of both electronic and non-electronic products.

Quarter-on-quarter, NODX grew by 9.1% compared to the 5.5% increase in the fourth quarter of 2016 due to the rise in both electronic and non-electronic exports.

NODX to all top markets rose, except the -0.4% posted for the EU 28. The biggest contributors to the increase were China, Taiwan, and South Korea.

NORX increased by 6.6% year-over-year in the first quarter, compared to the 1.4% decline in the previous quarter. The increase can be attributed to higher shipments of both electronic and non-electronic reexports.

NORX to all top markets, except China and Indonesia, increased, with the biggest contributions coming from the U.S., Taiwan, and the EU 28.

On a quarter-on-quarter basis, NORX increased slightly by 0.5% in the first quarter, after the previous quarter’s 2.3% rise. Electronic reexports grew by 2.3% but non-electronic NORX declined after logging growth in the preceding quarters.

“Taking into account these factors and the better-than-expected performance of total trade and NODX to date, the 2017 growth projections are revised upwards to 5.0% to 7.0% for total trade and 4.0% to 6.0% for NODX,” IE Singapore said.

The department said merchandise exports showed visible growth in April amid an improving global economy. However, the territory’s export outlook is still subject to uncertainties such as the U.S. interest rate normalization, Britain’s exit from the European Union, as well as other political developments in the U.S. and Europe.