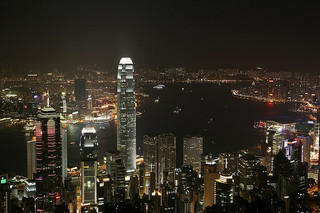 Cathay Pacific and Dragonair lauded the budget strategy set out by the Hong Kong government highlighting the importance of strengthening the state’s competitiveness as an international hub and improving the business environment for continued economic growth.

The airlines expressed support for the commitment made by Financial Secretary John Tsang to bolster Hong Kong’s position as an international commercial hub and enhance its long-term competitiveness.

“We are delighted to see the strong emphasis placed on strengthening our position as an international city, and support measures that will ensure the continuity of Hong Kong’s economic growth, as well as the maintenance of a highly open market with a free flow of people, goods, capital and information,” said Dragonair chief executive officer Patrick Yeung.

“We welcome government measures that will bolster economic and trade ties with neighboring cities, and encourage overseas enterprises to capitalize on Hong Kong’s position as the gateway to Mainland China and the Asia Pacific market.”

The airlines also welcomed the assurance by Tsang to maintain the city’s position as a leading aviation hub with a third runway at Hong Kong International Airport (HKIA).

“We are encouraged by the Financial Secretary’s assurance that the government is assisting Airport Authority Hong Kong to press ahead with a three-runway system,” Cathay Pacific chief executive John Slosar said.

The twin carriers said they await the results of the Environment Impact Assessment, as well as the release of further information on the financing of the third runway.

They likewise concurred with the emphasis on high value-added logistics services to maintain Hong Kong as a leading international cargo hub.

Hong Kong’s economy this year is expected to grow between 3 and 4 percent, better than last year’s, but still below the city’s average of 4.5 percent in the last 10 years.

Meanwhile, Cathay Pacific said it will boost its freighter services into the United States by launching a twice-weekly scheduled service to Columbus, Ohio, on March 21.

Columbus will be the company’s 12th freighter destination in North America. The new service will offer more choices and flexibility when moving commodities between Asia and North America.

The carrier will operate the Columbus service on a Hong Kong, Anchorage, Columbus, New York (JFK), Vancouver, Hong Kong routing every Wednesday and Friday, using its newest and biggest freighter, the Boeing 747-8F.

In related developments, HKIA recorded a 5.3 percent growth in cargo throughput in January, handling 352,000 tonnes of freight that month.

Growth in January cargo throughput was bolstered by a 10 percent increase in exports. Traffic to and from Southeast Asia and Europe improved most significantly compared to other key regions.

On a rolling 12-month basis, cargo tonnage rose 1.4 percent to 4.14 million tonnes compared to the same period one year earlier.