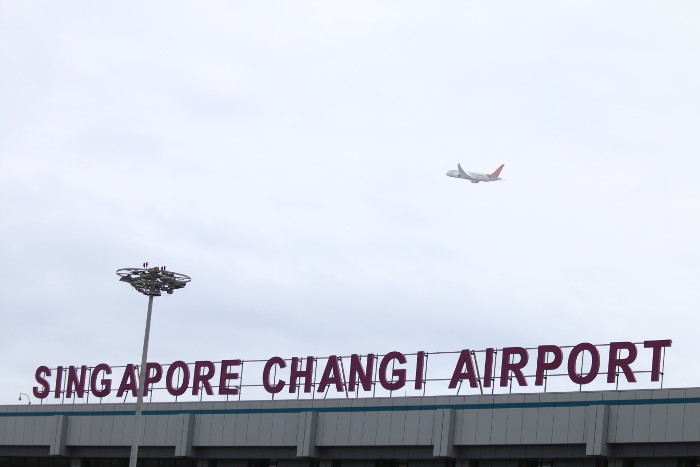 “After a flat second quarter, demand for air freight shipments remained below expectations throughout July,” said Cathay Pacific general manager for cargo sales Mark Sutch. “The growth in tonnage lagged the growth in capacity by a sizeable margin, which dragged down the month’s load factor. Yield remained under pressure due to overcapacity in a number of markets.”

The decline in cargo throughput last month was driven mainly by a 5% year-on-year drop in transshipments. Exports declined by 1% compared to the same month last year. During the month, cargo throughput to and from China, Taiwan, and Europe underperformed other key regions.

During the month, HKIA welcomed a new airline—Sky Lease Cargo, which began operating scheduled cargo flights to Miami twice a week with its Boeing 747 freighter from July 16.

For its part, Changi Airport Singapore announced that Polar Air Cargo Worldwide, Inc., a scheduled freighter carrier based in the United States, landed its inaugural flight at the airport on August 16 to add a new city link to Cincinnati, Ohio.

Polar will operate a weekly Cincinnati-Anchorage-Incheon-Singapore-Hong Kong service with the B747F aircraft.

Singapore becomes the first Southeast Asian destination for Polar with the commencement of its operations at Changi Airport. The new freighter service by Polar connects DHL Express’ South Asia Hub in Singapore to its Cincinnati and Hong Kong global hubs, as part of DHL’s multi-hub strategy to strengthen its market position in Asia by leveraging on Changi Airport’s connectivity.

In the first half of 2015, cargo shipments to and from Changi Airport stood stable at 912,300 tonnes, compared to a year ago. In the same period, 84,000 tonnes of cargo was handled between Singapore and the United States, similar to the previous year.