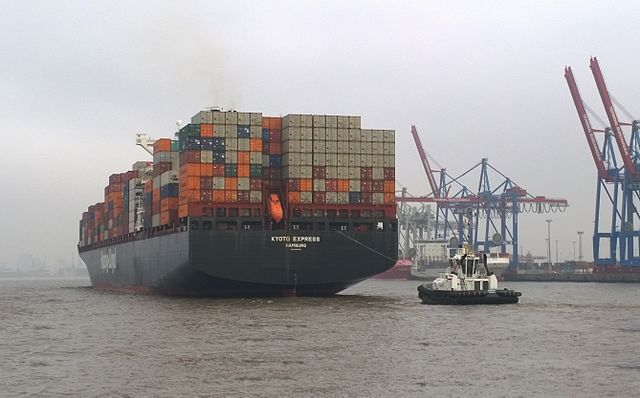 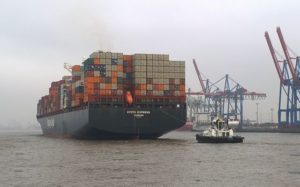 Revenue fell from EUR8.842 billion in the previous year to EUR7.734 billion in 2016, mainly due to the significant decline in rates.

“We had a very challenging market environment in the first six months of 2016, but were able to improve revenue and results significantly in the second half of the year. Even though we performed relatively well in the industry in 2016, the bottom line is still that this result is not satisfactory,” said Rolf Habben Jansen, chief executive officer of Hapag-Lloyd.

“We expect some market improvement in 2017, but our success will largely depend on our ability to achieve more sustainable freight rates. Longer term, the lack of orders for new builds and the continued high scrapping figures point to a better equilibrium between capacity supply and demand,” continued Habben Jansen.

The beginning of 2017 is challenging, he added. “Due to long term contracts we have not yet been able to fully capture the recent positive rate development in the spot market while bunker price has increased significantly. We will continue to work hard to make Hapag-Lloyd even more competitive and to build on our strong position. Our efforts will be supported by the expected synergies and the further diversification of our product portfolio due to the merger with UASC,” said Habben Jansen.

Based on IMF forecasts for global trade growth of 3.8% this year and expected lower global container ship capacities, Hapag-Lloyd anticipates a moderate increase in the average freight rate and transport volume in 2017 (excluding UASC).

With the merger with UASC in its final stages, the liner expects  annual synergies of $435 million from 2019 onwards.

This is offset by one-off expenses of around $150 million resulting from the transaction and the integration of UASC into Hapag-Lloyd.

Final synergy effects from the CSAV merger as well as positive effects from the carrier’s cost-cutting program and a campaign to improve revenue quality are also expected for 2017. Under these circumstances, Hapag-Lloyd said it expects a better EBITDA and EBIT year-on-year.

“The key areas of focus for us in 2017 will be the launch of our new alliance as at 1 April and the rapid and seamless integration of UASC into Hapag-Lloyd,” said Habben Jansen.