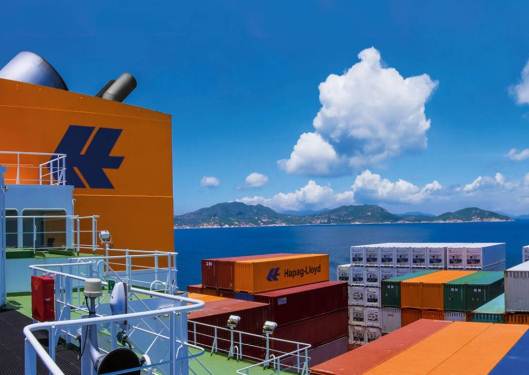 Hapag-Lloyd concluded the first quarter of 2021 with strong results, the trend now among container shipping lines.

The German container carrier said its group net result improved to around US$1.45 billion, a 1,423% increase from the $27 million profit reported in the same quarter of last year.

Rolf Habben Jansen, CEO of Hapag-Lloyd, said the group benefitted from the high demand for container transport and better freight rates, especially in the spot market.

“On top of that, bunker prices have been lower than in 2020. As a result, we concluded the first quarter with a very positive financial result and look back overall on a solid start to the year,” he added.

But transport volume declined by 2.6% to 3.0 million TEUs from some 3.1 million TEUs in the first quarter of 2020. The fall was attributed to “the demand-related congestion of port and hinterland infrastructures in many places as well as to a resulting shortage of freely available ships and containers.”

On the other hand, a 27% slide in average bunker consumption price had a positive impact on earnings.

Hapag-Lloyd expects the EBITDA and EBIT for the current 2021 financial year as a whole to “clearly surpass the prior-year level.”

While the positive earnings trend is likely to continue in the second quarter of 2021, a gradual normalization is currently expected in the second half of the year, it added.

Said Jansen: “While we remain optimistic for 2021 as a whole, the ramifications of the COVID-19 pandemic and the congested supply chains continue to present a huge challenge to all market participants.”