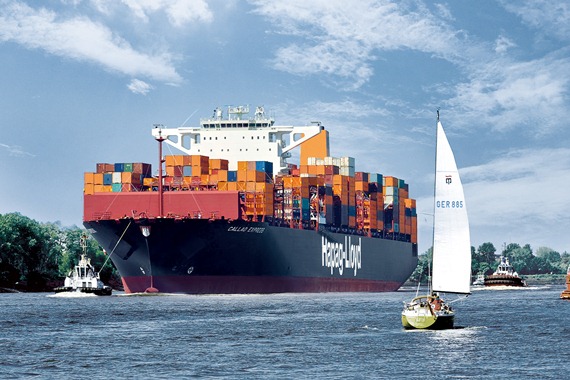 Hapag-Lloyd has raised its earnings outlook for the financial year 2021 as it reported significantly higher results in the first half compared to the same period last year, adding that the strong momentum is seen to continue in the second half.

The German-based ocean carrier said in its preliminary report that earnings before interest, taxes, depreciation and amortization (EBITDA) for the first half of 2021 was about US$4.2 billion compared to around $1.3 billion in the prior-year period. EBIT is expected to be roughly $3.5 billion compared to some $0.6 billion in the first half of 2020.

Global demand for container transport remains at a high level, but operational disruptions along the entire supply chain continue to cause significant delays, thereby contributing to the shortage of transport capacity, said the company.

“Hapag-Lloyd therefore expects earnings momentum to remain very strong in the second half of the financial year. Previously, a gradual normalisation of the earnings trend had been expected for the second half-year,” it said.

“We also benefitted from better freight rates in the second quarter and are looking at a very strong first half-year overall. At the same time, since we firmly expect this momentum to carry over into the second half of the year, we have raised our earnings forecast for 2021 as a whole,” confirmed Rolf Habben Jansen, CEO of Hapag-Lloyd.

The carrier in March this year did not give a specific earnings outlook for 2021, citing uncertainty over the economic impacts of the coronavirus pandemic. It simply said it expected EBITDA and EBIT for 2021 to clearly surpass the prior-year level.

The carrier’s EBITDA in 2020, which it described as “a very successful financial year,” reached more than $3 billion, while EBIT went up to roughly $1.5 billion.