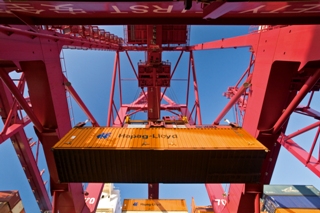 From January 15, 2013, rates for all cargoes and containers from East Asia (excluding Japan) to the Indian Subcontinent (Bangladesh, Pakistan, Sri Lanka, India) will increase by US$200 per 20-foot-equivalent unit (TEU).

A general rate increase (GRI) is also set from February 1, 2013 for the Indian Subcontinent (India, Pakistan, Bangladesh, Sri Lanka, Maldives)-USA and Canada lanes. The GRIs include all dry, non-operative reefer, flat-rack, and open-top containers, and are as follows:

Finally, the East Asia (excluding Japan)-Arabian Gulf trades are to set higher rates for all cargoes and containers from January 15. Hapag-Lloyd said a rate hike of $300 per TEU is to be levied on shipments bound for the United Arab Emirates, Bahrain, Iraq, Kuwait, Oman, Qatar, and Saudi Arabia (ports of Dammam and Riyadh via Dammam).

Meanwhile, Marseilles-headquartered CMA CGM will implement its on revenue restoration program on the Asia to the North Europe trade from January 10.

A GRI of $350 per TEU is to be levied on dry cargoes, OOGs, and break-bulk shipments from all Asian ports (including Japan, Southeast Asia, and Bangladesh) to all Northern European ports (including UK and the full range from Portugal to Russia).