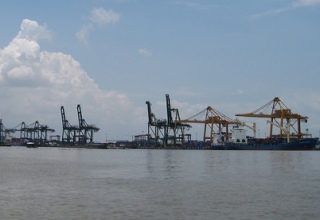 Germany’s Hapag-Lloyd announced a new direct service between Vietnam and the U.S. West Coast starting May 2014, as it tries to tap into the trade opportunities being presented by the fast-growing Southeast Asian country.

As part of the South East Asia 2 (SE2) service under the G6 Alliance’s expanded network, the first vessel calling Vietnam directly will be the MOL Majesty departing Ho Chi Minh City on May 8, 2014, providing an enhanced transit time to and from the West Coast ports of Los Angeles and Oakland.

The port rotation under Hapag-Lloyd’s new service is Laem Chabang in Thailand, Vung Tau in Vietnam, Hong Kong, Los Angeles, Oakland, and back to Laem Chabang.

Meanwhile, the carrier said it would implement a rate restoration on the Asia-Arabian Gulf loop effective May 1.

The rate hike of US$300 per TEU will affect all cargoes and container types from the Far East (excluding Japan) to the Arabian Gulf ports in the United Arab Emirates, Bahrain, Iraq, Kuwait, Oman, Qatar, and Saudi Arabia.