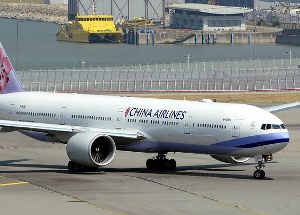 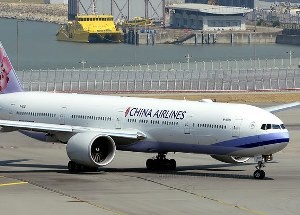 Despite April being a seasonally subdued month, cargo demand in freight tonne kilometers for Asia-Pacific airlines was 3.7% higher than in the same month last year. Offered freight capacity expanded by 4.7%, leading to a slight 0.6 percentage point decline in the average international freight load factor to 63.5% in April.

A combined total of 23 million international passengers was carried by regional airlines in April, a strong 9.6% increase compared to the same month last year, supported  by robust leisure travel markets during the Easter holidays. Demand as measured in revenue passenger kilometers grew by 8.2%, surpassing the 5.7% expansion in available seat capacity to result in a 1.8 percentage point increase in the average international passenger load factor to 78.1% for the month.

“The growth in demand for air travel has maintained strong momentum, with the region’s carriers registering a solid 9.4% increase in the number of international passengers carried to a cumulative total of 90.7 million for the first four months of 2015,” said Andrew Herdman, AAPA director general. “Correspondingly, air cargo markets recorded a 7.2% increase for the same period, partly boosted by increased demand for air shipments due to the backlog of goods at US seaports.”

Looking ahead, Herdman added that the robust passenger demand is expected to continue, consistent with improvements in consumer and business confidence and projected growth in the global economy.

But the outlook for airfreight demand in the coming months is “more uncertain, given this is a seasonally weaker period, and will depend on the pace of recovery in world trade being maintained,” he added.

Meanwhile, IAG Cargo, the cargo-handling division of International Airlines Group that uses the freight capacity of its sister airline’s passenger flights, launched on May 27 a London-Heathrow-to-Kuala Lumpur daily frequency to tap into the growing economy of Malaysia and its strengthening trade flows.

A B777-200ER aircraft is deployed on IAG Cargo’s newest bellyhold route to offer 15 tonnes of capacity on each flight.

Malaysia’s economy is projected to grow by 4.7% this year, and to accelerate to about 5% in 2016. Exports are forecast to grow 6.8% and imports 6.9% in 2016. Kuala Lumpur is an important market for high-tech goods, electronics, garments, perishables, and valuables.

Flights will depart Heathrow daily at 20:15, arriving into Kuala Lumpur at 16:00 local time. Returning flights leave Kuala Lumpur at 23:05 and arrive into Heathrow at 05:25 the next morning, enabling next-day connections to almost all destinations on the IAG Cargo network.

John Cheetham, regional commercial manager for Asia Pacific & India at IAG Cargo, commented: “As one of the world’s busiest freight destinations, Kuala Lumpur is crying out for cargo carriers that can support a wide range of cargo flows. IAG Cargo delivers against these requirements by providing businesses with access to one of the world’s largest cargo networks and a wide range of high-quality premium products.”