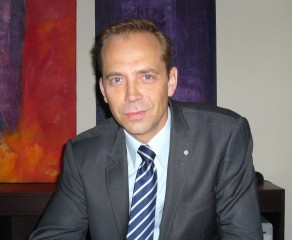 Global freight manager Geodis Wilson has made management appointments in its offices in the United States, India, and Southeast Asia as part of its expansion plans into emerging markets.

Appointed as the new managing director of the United States division is Michael Greco, who will lead the U.S. team in boosting the trade lanes in the emerging markets of Brazil, China, and India, according to a company media statement released today.

Greco has over 17 years of experience within the international freight forwarding and logistics industry, most recently as business unit manager and vice president for Panalpina in New York.

Voelcker has over 21 years experience in freight forwarding. He started his career in 1992 in Germany and later joined Rohde & Liesenfeld in 2003 as managing director for Colombia, before the company was acquired by Geodis Wilson in 2007.

He replaces Rene Bach-Larsen, who has taken up the role of managing director of the company’s operations in Singapore, from where he is also handling the group’s activities in Southeast Asia.

“The Southeast Asia market—Singapore, Indonesia, Malaysia, Thailand and Vietnam—is certainly often overlooked as a growth area because of its modest size compared to the biggest players China and India,” said Bach-Larsen.

“However, from a global perspective, it is actually a key area,” he added. “It has weathered the global recession well and is experiencing rapid growth.”