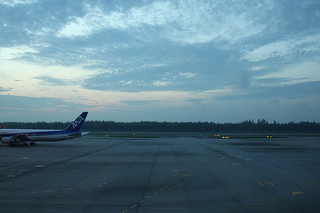 In the first four months of this year, cargo shipments at the airport decreased 2.1 percent to 579,600 tonnes from the same period last year.

“After three years of double-digit increases from 2010 to 2012, traffic growth at Changi Airport has eased in recent months, and continued downside risks are expected,” Changi Airport Group said in a written statement.

Meanwhile, SIA Cargo, the cargo unit of Singapore Airlines, will put in limbo for nearly a year a second Boeing 747-400 freighter aircraft in response to a glut in the air cargo market.

The freighter will be parked at Victorville, California, from June 2013 to May 2014, leaving SIA Cargo with 11 B747-400s. The company cited an industry-wide overcapacity, high fuel costs, and continued weakness in the air cargo market for its decision.