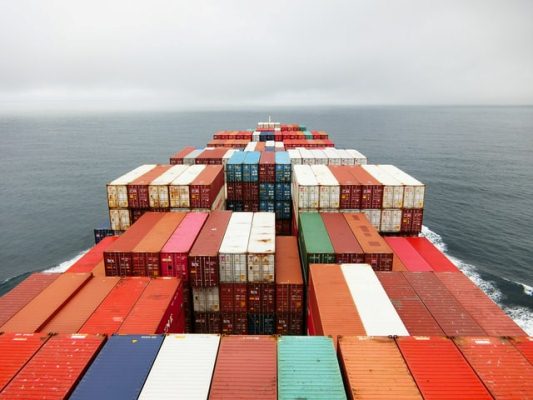 Port congestion and container shortages will persist for much of 2021, further limiting container shipping capacity and sustaining the prolonged uptick in freight rates, according to a new report from Drewry.

The maritime shipping consultancy in its latest Container Forecaster report said quarterly carrier operating profits in 2020 progressed exponentially with a near doubling in each proceeding three-month window.

Subsequently, the end-year result—an estimated US$26.6 billion, with an operating margin of 13.0%—was the industry’s historic best performance, said the report, Drewry’s flagship quarterly analysis and outlook for the container shipping market.

Further, the business upcycle is not expected to fade anytime soon.

“These are uncharted waters as the container industry has historically been accustomed to low margins, punctuated by only very occasional forays into significantly higher or lower performance,” it said.

However, “these are not normal times and in Drewry’s latest Container Forecaster report we argue that carriers are set up nicely for at least another two very profitable years.”

The huge freight rate inflation from the second half of 2020 onwards was the consequence of temporary factors:

However, these factors are stubbornly refusing to go away and the timeline for a “return to normal” keeps getting pushed back.

Drewry’s working position is that “port congestion and container equipment shortages will remain an unwanted feature throughout most of 2021, albeit lessening in degree as the months pass.”

This, it added, will further restrict the availability of capacity and lead to substantially higher average spot and contract freight rates.

With higher contracts rates locked in, another highly profitable year is virtually guaranteed and “Drewry thinks the industry will re-set profitability records once again in 2021, despite several OPEX headwinds in the form of higher fuel cost and charter rates.”

For 2022, some erosion in freight rates is foreseen as carriers will lose the inflationary impact caused by the current supply chain disruption, assuming normality is restored by then.

However, Drewry thinks that “lines will manage to stay highly profitable thanks to favourable supply and demand growth trends, alongside skilful capacity management.”

One sure indicator of the heat in the sector currently is the rapid escalation in newbuild contracting, it continued.

In the fourth quarter of 2020 alone, the volume of new orders was more than three times that of the previous nine months, and contracts signed this year already are far in excess of the 2020 full-year tally with a staggering 1.45 million TEUs booked in just three months.

Following this flurry, the orderbook is now pushing 15% of the current fleet. This is still way below the 60% ratio of 2008, but the active fleet is now more than twice the size it was back then.

“Ocean carriers look set for a prolonged and unprecedented upcycle, which will enable them to improve their financial health, reward investors and spend more. However, if accelerated ship orders continue, there is a risk of a return to over-capacity that will shorten the cycle,” Drewry concluded.