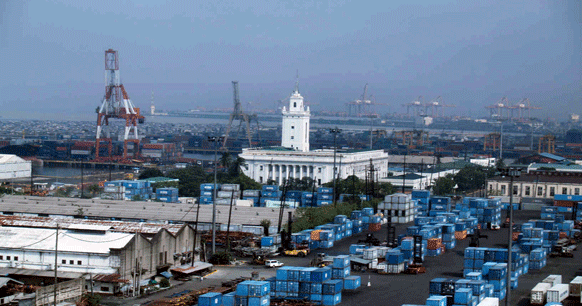 The Association of International Shipping Lines (AISL) is reiterating its call for the new Bureau of Customs (BOC) leadership to speed up auction and abandonment procedures so containers belonging to carriers can be reused or repositioned in other areas.

AISL general manager Atty. Maximino Cruz, in an interview with PortCalls, suggests the “immediate disposal of overstaying containers” that are either abandoned or forfeited. He said these containers number around 3,000 just at the Manila International Container Terminal, Manila South Harbor, Asian Terminals Inc.-Inland Clearance Depot, and Batangas port.

“For the lines, speeding up auction sales will assure early return of empty containers to shipping lines. These empty containers are considered ships’ gears and badly needed for the loading of export products,” Cruz explained.

The AISL official said the customs agency has to “improve its efficiency when it comes to auction sale and disposal of condemned cargoes” and, if possible, should review and revise its present procedures on auction sales.

He noted it takes months, even years, for BOC to get around to selling the abandoned or forfeited goods. Cruz said the longer the goods, especially perishable cargoes, stay at the port, the more their economic value diminishes.

Asked if the recently signed Customs Modernization and Tariff Act (CMTA) will address the issue of overstaying boxes, Cruz said, “I have always believed that the efficiency of an organization lies more on how the leadership will lead.”

Earlier, BOC Assessment and Operations Coordinating Group deputy commissioner Atty. Agaton Teodoro Uvero said that under Section 116-119 of the CMTA, regulated imports will not be seized. Instead, BOC will only require consignees to produce the necessary import permits.

If no such permits can be presented, consignees will be made to pay penalties and fines. This, Uvero said, is to prevent seized containers from languishing, as their contents rot, inside terminals.

AISL is suggesting the creation of a special committee that will focus on the auction of abandoned and forfeited goods.

Cruz earlier said that selling forfeited goods in auctions will not only help shipping lines recover their equipment, it will also beef up the agency’s revenues and improve its operational efficiency since containers will not clog the ports.

Earlier, BOC said a total of 475 containers at MICT have been disposed of through public auction from January to June 2016. Auctions of abandoned and seized cargoes at other BOC ports such as Batangas, Davao, Cagayan de Oro, and Cebu are also being held.